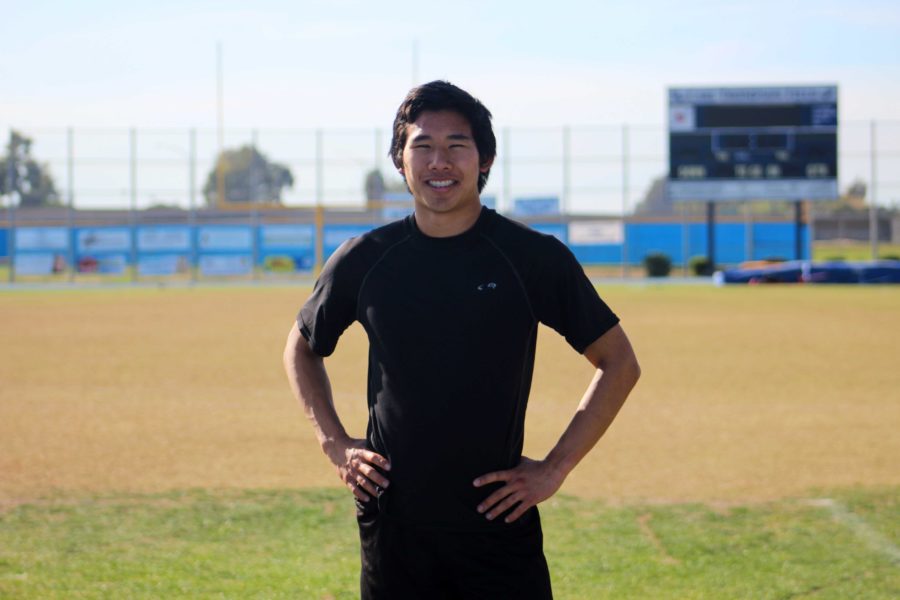 It is no secret that being a student athlete is hard – finding the balance between academia and athletics can require a Herculean effort, necessitating frequent trade­-offs between time and effort.  Cam High varsity runner Ethan Chen has managed to find that balance, becoming the fastest sprinter on the track team and earning acceptance to the University of Pennsylvania’s prestigious Wharton School of Business.

A star track athlete, Chen has been running varsity times since his freshman year and has since shaved over a second off of his initial 100m time–a process that has led to his qualification for the CIF–Southern Section Division 1 Preliminaries. “I hope I can get to the state meet for CIF in my last year,” Chen said. “I tore my hamstring at prelims my sophomore year and pulled it at the Ventura County Championships my junior year, which both ended my track season for those [respective] years.”

“I enjoy the competitive nature of track and the ability to test one’s talent in multiple areas of skill,” said Chen. “[It’s a sport where] you are the only one responsible for your victory and cannot blame your losses on your teammates.”

These accomplishments on the track were the major factors that helped lead to Chen to his acceptance at the University of Pennsylvania, making him the first committed Division 1 bound athlete from Cam High this year. At Pennsylvania, Chen looks to expand his track horizons and become a more developed sprinter. “I hope to at least break some records within the Ivy League and perhaps see if I can increase my time to have a bid for the Olympics or run at the Asian Games,” he said.

Chen was flown out ​in November ​by the university due to their interest in having him as a student. “I finally decided upon the University of Pennsylvania, a decision where I considered a myriad of factors that led into the final conclusion of this Division 1 commitment,” said Chen. “The friendly people, engaged professors, and location all created an intriguing package.”

Predicated mainly on his athletic achievements, Chen’s acceptance to Pennsylvania this past November was also accompanied by his success in the classroom. He boasts a 4.6 GPA entering his final semester of high school, and has taken 11 AP tests– 5 of which were taken without their accompanying classes.

Chen plans to major in business at Wharton, where he hopes to join the ranks of its notable alumni. “My goals at Penn is to develop myself as a citizen, as well as gain the necessary experience to further society,” said Chen. “I would like to engage in some initiative to change the world, however that may be. Perhaps like alumnus Elon Musk.”

The Stinger • Copyright 2021 • FLEX WordPress Theme by SNO • Log in