Week of Commemoration, Week of Celebration 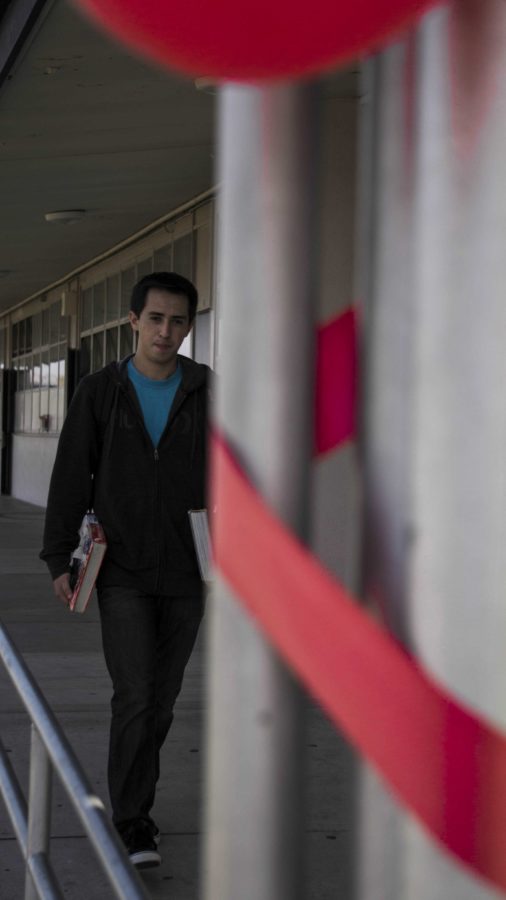 Gonzalo Figueroa, senior, transits through the hall on the Monday of Red Ribbon Week.

Red Ribbon Week originated in 1988 as a commemoration to the death of a U.S. Drug  Enforcement Administration officer named Kiki Camarena.

Camarena died during a multi-million dollar drug bust operation  in 1985 involving the Mexican army, Mexican police forces, government officials, and Mexican drug cartels. Camarena’s involvement was discovered by the cartels, and he was kidnapped, tortured, murdered, and buried. Camarena had been an anti-drug activist since his high school years.

Soon after his body was found, Red Ribbon week was put in place by Congress, and so began the war on drugs that we know today.

As a direct result of Camarena’s death, Red Ribbon week was created to step up drug abuse education by middle school and high school teachers throughout the nation.

Coincidentally this year, Red Ribbon Week falls on the same dates as Cam High’s preparation for their annual Homecoming Dance, which will be held Saturday, October 26, behind the gym. Two seemingly disparate commemorations will share simultaneous billing.

To recognize the efforts of Camarena and anti-drug activists nationwide, as well as boost the spirits of students in anticipation for Homecoming, Cam High officials have asked students to wear the following colors in accordance of dates:

Smith said that his favorite part of Homecoming is the dance and the football game.

Amy Shim and Siarra Massey contributed to this story.