The rush to belong 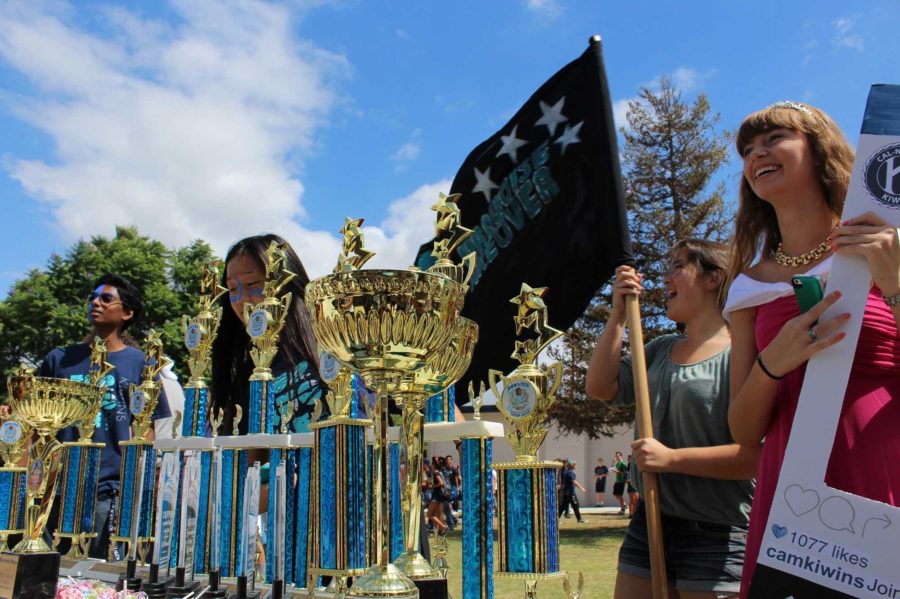 Colorful flags, banners, and excitement filled the air as over fifty Cam High clubs advertised their causes in the quad last Wednesday.

As the school year begins again, Cam High clubs are taking on new members. Club Rush is an event held annually to showcase the clubs of Cam High and to introduce students to a variety of interests and causes present on campus.

Hannah Kurowski, senior at Cam High and president of the school’s Chapter of Junior Statesmen of America (JSA) stood in front of a colorfully decorated table adorned with American flags in attempts to encourage new members to join. “It is always good to have younger classmen in a club because it ensures that [the club will] keep going,” she said. “Seeing that I’m a senior, it’s nice to see a bright future for JSA.”

KIWIN’s, one of the largest clubs on campus, was also recruiting new members. Sophomore Justin Lieb was recruited last year during Club Rush and helped recruit new freshmen this year. “Club Rush was a lot better [for me] this year,” he said. “Last year as a freshman, I kind of just walked around the tables. Now that I am actually involved in clubs and helping these organizations do good. It’s really cool to see other people come in and take interest in the same things [as me].”

KIWIN’S chapter president Iris Shim, junior, was also at the KIWIN’S table during Club Rush, handing out candy, showcasing the club’s various awards, and talking to prospective members about the organization. “[Club Rush] was pretty crazy,” she said. “We had face paint on, and then the turtle suit and a flag [also] attracted a lot of attention from people.”

Although Club Rush appeared to proceed without a hitch, according to some club presidents, preparations were quite hectic. “I think this year was actually a bit shaky because we had really short notice,” said Shim. “We were not aware that Club Rush was on the 16th [of September], because it was originally on October 4th, but then it got pushed up two weeks earlier. My club was really unprepared because [of this].”

Ms. Lori Pristera, ASB advisor, said that the sudden date change was a result of  a calendar mix up. “Originally, the Club Rush date was set for September sixteenth, and when the summer mailer went out, the wrong date was recorded in October,” she said. “The calendars for the staff and the whole school were already printed out [and] already had September sixteenth on it, so we just stayed with that because that was the original date.”

However, the confusion concerning the date did not completely detract from the event. “Club Rush is always a little bit chaotic, but it is a lot of fun,” said Kurowski.