Surface of the Classroom 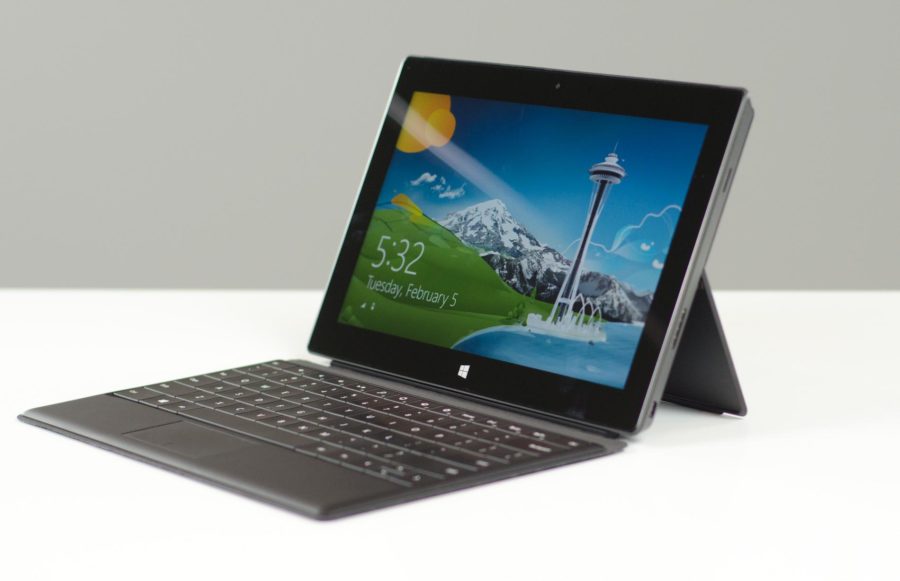 Shortly after the Los Angeles Unified School District recall of iPads that had previously been handed out to students, the Oxnard Union High School District plans to purchase 600 Microsoft Surface RT tablets.

Dr. Puneet Sharma, the director of information technology services (ITS), said that the Microsoft Surface RT tablets were purchased by the OUHSD because “they were the right choice for the right fit based on price and specifications.” With recent price drops placing the fledgling tablet at $349 retail price, the total purchase order is estimated to be around $210,000 for the district.

Since the tablet’s conception during the Fall of 2012, Microsoft has faced a slew of challenges against it, even admitting that they set expectations too high and overproduced Surface RT units. Despite including a full version of the Office Suite, competition from the Apple iPad stacked with a plague of performance issues at launch pushed the tablet amid disappointing sales, which was one of the reasons for which the district chose the Surface RT tablet.

Out of the 600 Surface RT tablets purchased by the district, 64 tablets have been delivered as of October 15, according to Dr. Kim Stephenson, associate principal at Cam High.

The tablets are designated to be used for the SOAR (Student Opportunities for Academic Research) program, where kids can make up credits if they are behind, according to Mr. Tom Ito, associate principal at Cam High. SOAR is a program that operates in a similar fashion to APEX, the summer school course program, but can be done during the school year for students behind in their credits.

After the recall of iPads by LAUSD, IT administrators found that many students hacked the locked-down version of iOS with ease. “Since it is Windows, the security measures are much tighter and harder to break due to the business-level security,” said Ito. In addition, all Surface RT tablets are bar-coded and serialized in order to keep track on the tablets.

Currently, this first batch of Surface RT tablets stand as a pilot. “The district will always evaluate the product throughout the year and always look out for the performance and products for its needs,” said Sharma. For now, the district has, “only bought 600 devices.”

The OUHSD will continue to evaluate the tablets’ performance throughout the year, making adjustments and examining other options to avoid a fade into technological obsolescence.