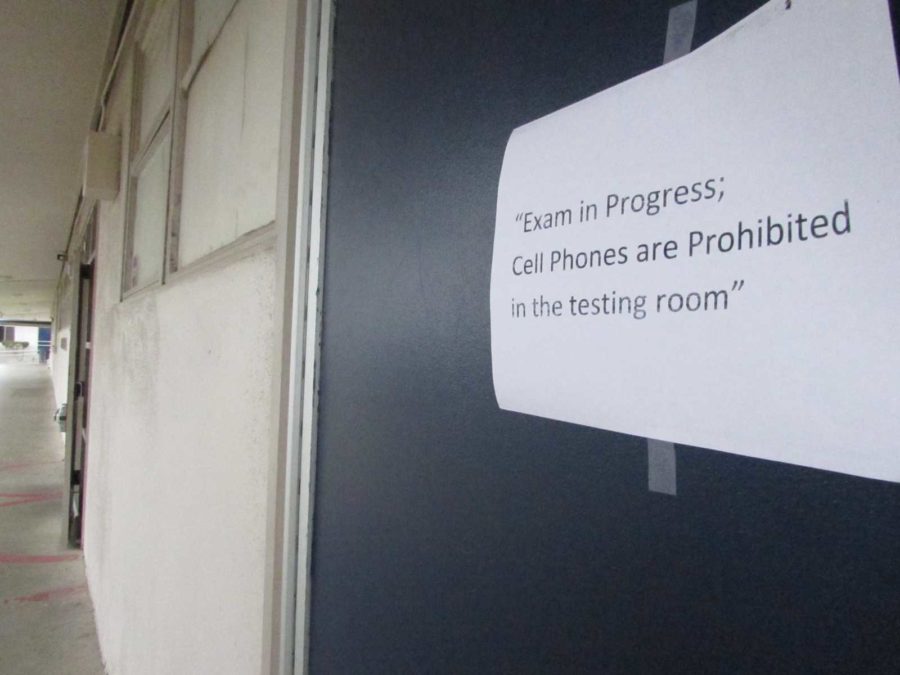 Due to discrepancies in the administration of the test, several APUSH students decided to retake the APUSH exam on Wednesday, May 20 in the Cam High library.

According to the majority of student testimony, the proctors announced that the students should be moving on to the FRQ portion before the suggested time allotted for the DBQ had actually concluded. As a result, most of the students taking the APUSH exam hastily finished their DBQ and began their FRQ about half an hour early. Many students felt that due to the incorrect timing, their writing was rushed and not up-to-par with their actual writing abilities.

Later in the testing room, the proctors supposedly re-announced that students were to move on to the FRQ section at the actual time they were supposed to start on it, which confused and angered the students, as they realized at that moment that they actually had more time than they were originally told. Although they were allotted the correct amount of time in the end, the subdivision time was announced incorrectly, students said.

“By the time they told us that we actually had more time than we did, most of us had already written both our DBQ and FRQ,” said Jonathan Chhang, junior. “What happened as a result was that people couldn’t go back and change their DBQs because it was on a sequence of pages. We [already] wrote our FRQ after the DBQ, so we couldn’t really add on to our DBQ.”

Jedd Lebrilla, junior, also believes that going back to the DBQ to edit anything was almost impossible to do. “It’s kind of hard to go back and make a rushed essay look not rushed,” he said.

During the examination, Lebrilla was one of two people to tell Ms. Alexis Ortiz, associate principal, that there were discrepancies with the timing of the test.  “[Ms. Ortiz] said I heard wrong on my part, and I reasoned to myself, she must not think a couple hundred sets of ears all heard wrong,” he said. “She showed me the posters of the correct end times and while those indeed were existent, there was also a poster labeled ‘section 2′ with an end time of 11:55 a.m.. 11:55 was thirty minutes earlier than the actual end time, so there was proof that [the timing] was wrong.”

Elise Umestu, junior, also went to go talk to proctors after the exam, when most of the students had cleared out and left the room. “So afterwards, I was kind of indignant about the fact that they really had no knowledge [about their mistake] and had screwed us over. I knew that the AP Euro kids were taking their test next, and I knew how anxious they were about that, so I didn’t want them to be in the same situation that we were in,” she said.

Students also complained that the proctors did not give them enough time to fill out their registration information before taking the actual test. “[The proctors] told us to open our test booklets and start bubbling answers to the actual test, but they didn’t give us enough time to actually bubble the registration information- first name, last name, stuff like that,” said Chhang. After already starting the exam time, the proctors suddenly told all students to close their test booklets and go back and finish filling out their registration form.

However, before the proctors notified the students that they had more time to fill out the registration information, some of the students had already looked at some of the multiple choice questions and started bubbling in their answers. “It’s not fair because [those people] were given an extra minute or two to do so. I was following the rules, but I could have gotten an extra minute to look over my questions,” said Chhang. “[The proctors] are supposed to give everyone an equal opportunity to do well on the test.”

Immediately following the exam, a few students went back to school and told Mr. Matthew Doyle, APUSH teacher, that the exam was administered poorly. “From everything I’ve put together between talking with the students and talking with the administrators, it sounds like they got the correct amount of time on the writing portion,” said Doyle. “It’s just the way that it was told like the subdivided [time] was off. The students all claim that they got the correct amount of time in the end.”

According to Doyle, Principal Glenn Lipman instructed the affected students to write a two-paragraph letter that explained what they thought the problem was during the test and whether or not they wanted to retake all or a specific portion of the exam. “[Lipman] needed to be able to collect just what the general consensus was from the test takers. He would then convey that information to the College Board [the organization that administers the AP tests]. Ultimately, College Board decides.”

Lipman agrees that the students were given the correct total amount of time but were impacted nonetheless. “A mistake was made in the analysis of time by the proctor,” he said. “It kind of threw them off their games.”

AP scores range from one to five, with five being the highest and one being the lowest. A score of three or higher is regarded as passing.  “I feel like I passed, but the school I want to go only accepts a five,” said Lebrilla. He hopes to receive a five on the retake.

Cristina Farias, junior, goes as far as to say that she could have gotten a four or five on the test. However, due to the mishap, she thinks she passed but is not completely sure.

Surprisingly, most students are choosing not to retake the exam for many reasons. “The test might be different,” said Chhang. “I don’t want to go back and do the DBQ and FRQ again because I knew the topics this time, but next time they might give me topics that I don’t really know as well.”

Still, Chhang believes he performed well on the test, although he thinks he could have done better without the confusion. “As a high caliber student, I think I still did well, but I do feel frustrated over the fact that I could have done better. I think that it wasn’t too much of a big deal, but I understand that to some people whose circumstances were different, it would make a big deal,” he said.

Umetsu, as well, has chosen not to retake the test. “I decided against it, because I felt that I did really well on the multiple choice and short answer portion, and right now I’m too busy to restudy and be as prepared as I was on the original test day,” she said.