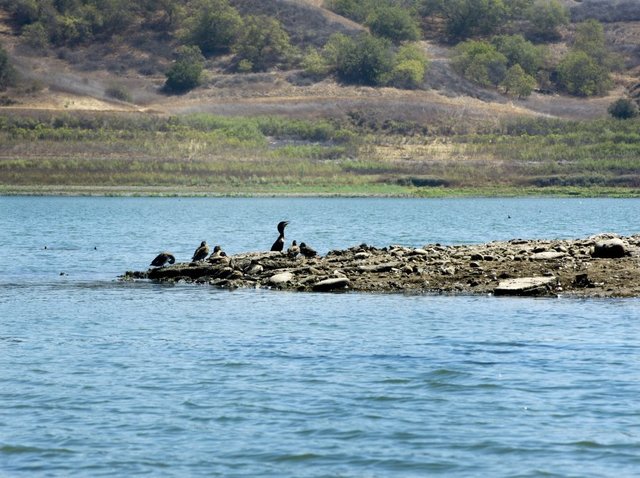 As California’s drought continues, the state is at its lowest snow pack to date, with Governor Jerry Brown even having issued a controversial executive order to deal with the crisis.

With most of the state submerged in drought, Jay Famiglietti’s Op-ed in the LA Times assessing the continuing loss of water has gained substantial state-wide attention. “As difficult as it may be to face, the simple fact is that California is running out of water,” said Famiglietti. California currently needs approximately 11 trillion gallons  to replace the drought short-fall.

As a result of the added pressure, California has passed its first mandatory laws rationing water usage in the state to help with the drought. These laws have cut water usage to cemeteries, campuses, and other large plots of land that require lots of water use. Along with this, the state is uprooting 50 million square feet of lawns to implant more water-conservative landscaping and is trying to replace inefficient water appliances through a rebate program.

As well as the reservoirs, ground water, California’s final line of defense when it comes to supplying the state with water, is also suffering. Loss of ground water is also resulting in depressions in the soil, something that would result in the deprivation of grape crops – a staple crop for the state – and would be a severe detriment to the United States.

In response to the state-wide mandates, students at Cam High have also been taking their own measures to conserve water. “I’ve been trying [to help save water],” said Oren Conkright, freshman. “I’ve been timing my showers and not turning on the water while I’m brushing my teeth.”

For the past decade, California reservoirs have been giving up their water in order to help California cope with its continuing drought. Lake Casitas, about thirty miles north of Cam High in Ojai, is a prime example of this water deficit as it is currently at 49.9% of its full capacity.

Whole mini-islands that were previously submerged in the lake have now become visible due to the continuing loss of water coupled with wet seasons becoming drier each year. With no real permanent change in sight, Lake Casitas could possibly meet an arid end.

Besides the immediate and obvious effects, there has also been environmental news coming from a recent NASA study claiming the existence of ‘megadroughts’ in the west that some say are caused by increased carbon emissions. According to the Washington Post, the last megadrought that occurred in North America was during the the Medieval Era in the 12th and 13th centuries. The NASA study is controversial, however, and no solid evidence exists to support the claim.

The megadrought lasted about twenty years and research supports that natural changes in the weather patterns were what caused these megadroughts without any human interaction whatsoever. However, some scientists are saying that with the increasing carbon emissions, the likelihood of a new megadrought occurring has increased dramatically.

With all these pressing problems, one might be led to think that there might be a simple solution at hand; however, this is not really the case. In the end, Californians really just have to use less water and find new ways to acquire it besides draining it from the ground.  Desalinization plants, which can drain sea water and then convert it into drinkable fresh water, have become more popular with city governments in recent months as well.

“California has about one year of water stored,” said Famiglietti. “Will you ration now?”