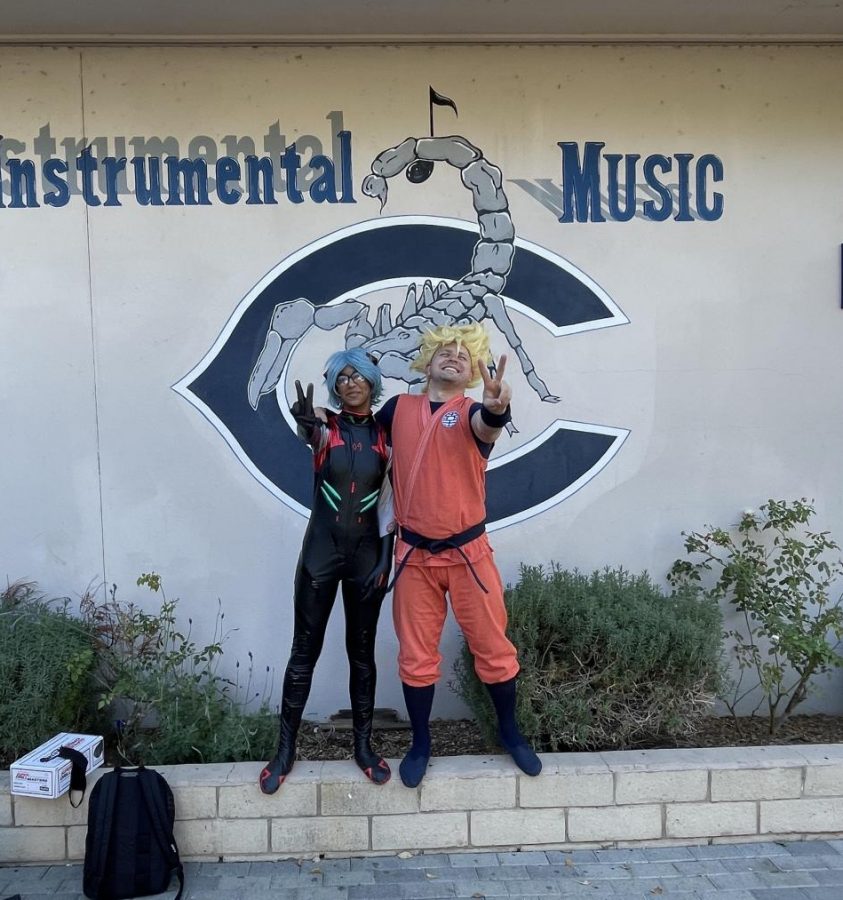 Cam High’s German teacher, Asher Stolte, is coming up on his 7th year teaching. Stolte has taught German for the past three years at Cam High. This year, he filled the shoes of previous Cam High Drama instructor, Daryl Myers.

Stolte was born and raised in Fresno, California. He earned his Masters degree from CSU Long Beach in German language and Literature. He then received his single- subject teaching credential in German. He began teaching at Cam high in 2019, and has been the German teacher since. However, he began teaching German in 2015 for California State University Long Beach, La Serna High School in Whittier, and the German American School Association.

Alongside teaching at Cam high, Stolte shares the pleasure of directing the anime and manga club, which he explains is one of his many interests outside of school: “In my free time I like to watch anime and play video games.” Stolte said.

Besides his love of anime, video games, working out, and teaching, one of the biggest components of his life is the important role his family plays. When he is not at Cam High, he loves to spend time with his family, watch the movie Frozen(2013), play with his daughter, and even teach her a little German.

When asked about his most memorable moment so far at Cam High he said, Big Bear Camp. “I’ve done the Big Bear German Camp since 2016. It’s a group of Orange County schools that come together and we all go to Big Bear for the weekend to camp at the lodge. We speak German the whole time.” Stolte explained how big of a learning experience this event is for not only the students, but for him as well. “I always go to help, but I got to teach and help this last time. I actually got to see them grow.” Stolte elaborated on how much growth he sees in the students throughout the trip. “…By the end of the trip everyone is almost more eager to learn and more excited to speak German than before…” He went on.