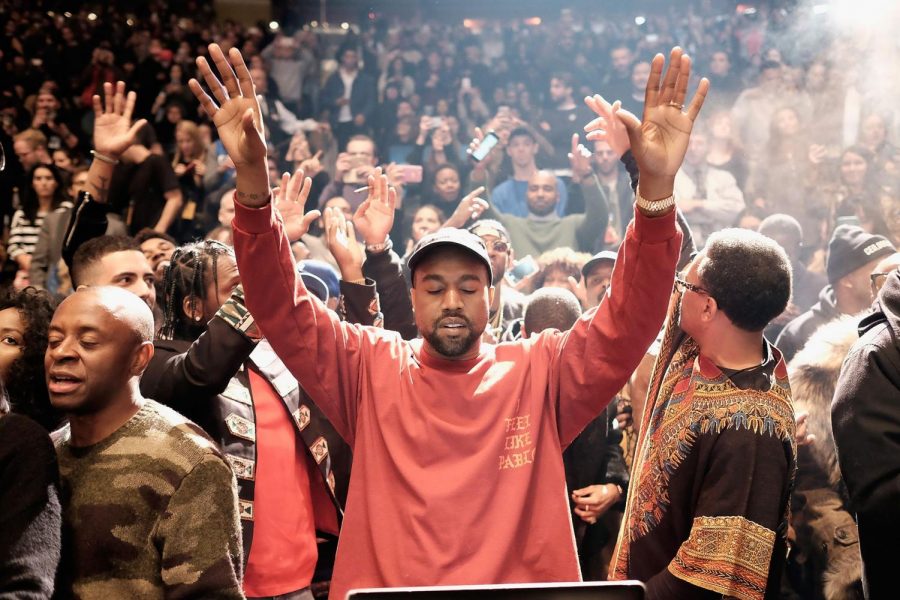 Courtesy of Dimitrios Kambouris of Getty

Kanye's latest album, "Donda," is currently a growing topic of discussion among social media and in modern pop culture.

Kanye West is an American rapper, producer, and fashion designer that is known worldwide for his large mark on the music industry and his marriage to Kim Kardashian. The rapper has released ten studio albums, two collaborative studio albums, one compilation album, two live albums, one video album, and four mixtapes. Kanye’s last album that was released was entitled JESUS IS KING in 2019. This album followed a Christian theme and Kanye’s new album, Donda, follows as well. Donda, Kanye’s tenth studio album, was released on August 29, 2021 by GOOD Music and Def Jam Recordings.

The initial date for the album’s release was July 24, 2021, but it was delayed on multiple occasions. Donda primarily features hip hop and gospel themes, but other genres are seen throughout the twenty-seven songs in the album as well. The album features many other artists who contributed to the album including: Jay-Z, Kid Cudi, Playboi Carti, The Weeknd, Travis Scott, Baby Keen, Don Toliver, and more.

Donda is named after and dedicated to Kanye West’s mother, Donda West, who died in 2007 after post-surgery complications. As was stated before, Donda is very Christian themed, and very different from his other albums. Kanye labeled the album Donda to bring people together under his mother’s name, and the genius idea of listening parties and the featured people in the album. One of the songs included in the album, “Keep my spirit alive”, was made to keep Donda West’s spirit through the song. “Donda chant” copied the repetition of his mother’s last heart beat.

Donda has many strengths, but as with almost everything, it definitely has many weaknesses. Donda is a full length album with high quality production and lyricism compared to JIK. Kanye was able to bring together many talented artists to feature in the album. Kanye also came up with the unique idea of listening parties to bring more excitement to the album. On the other hand, Donda has a lot of content. This could be a great concept, but the message behind the songs and the whole album itself could be lost, especially during the part twos of songs. Speaking of the part twos, many people collectively believe that the part twos were not necessary for the album, and it would consquently be much better suited in a remix/EP. Many people have discussed that the album is all over the place. The meaning and the dedication of the album is his mother, but Kanye also brings up his divorce with Kim Kardashian, and fighting with, and for, Christ.

Out of the twenty-seven songs, the most popular songs of Donda are “Hurricane”, “Off the grid”, “Moon”, “Jail”, and “Praise God”. My personal favorites, in no particular order, are “Moon”, “Jail”, “Praise God”, “Jonah”, and “No child left behind”. Overall the album is put together well and is definitely one for the ages, but it feels unfinished and very rushed. I would rate it a 8/10.