High school exit has not changed or challenged some 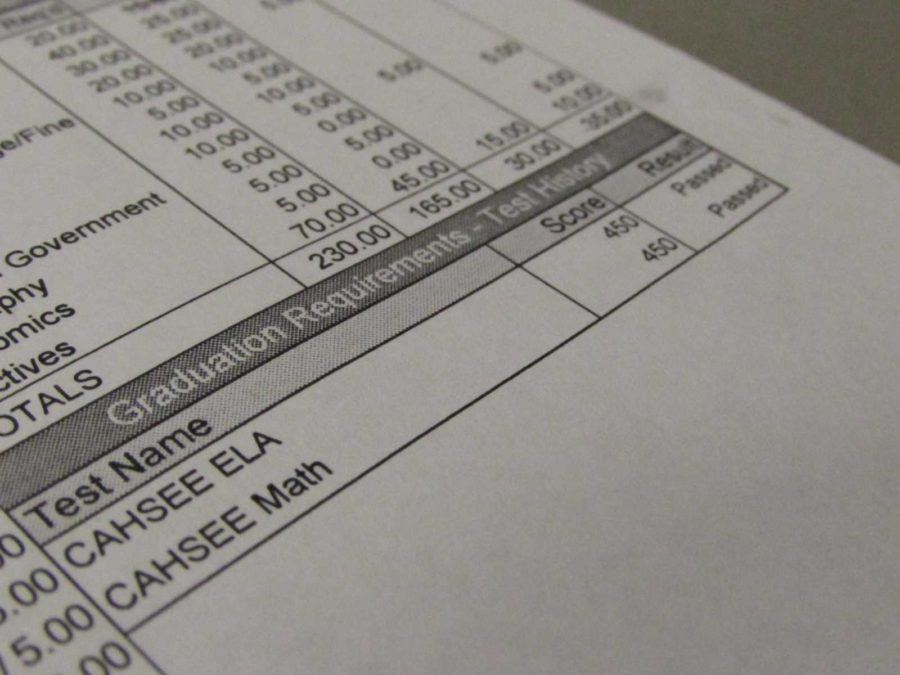 Last week, Cam High’s bell schedule was shifted to accommodate the sophomores taking the CAHSEE (California High School Exit Exam), as required by state law in order for students to be eligible to graduate high school.

The CAHSEE was administered on March 17 and 18 in two-hour blocks and assessed pupils in reading, writing, and mathematics. Created in the early 2000’s, the test is meant to ensure that California high schools are teaching to at least a grade level understanding of math and English. If a student does not pass the test on their first try, he or she is allowed to retake the test as many times as necessary but must eventually pass the test.

Last year, Cam High had a 93% pass rate out of the sophomores who were taking the test for the first time.

Associate Principal Ms. Adriana Pulido, who is in charge of administering the CAHSEE this year, said she believes in the integrity of the test. “The state of California is saying that you can’t get your high school diploma unless you pass this test […] so then, I think the test must be right.”

However, some students feel that the CAHSEE is not a useful indicator of the education system’s progress. “I think the test was developed for a lower percentile of students and is not a test that should be administered to produce a fully representative statement about California’s education system,” said Jedd Lebrilla, junior.

Many sophomores felt comfortable enough to take the test cold, without any preparation or studying beforehand, and still pass.

Chris Hotchiss, sophomore, said, “My teachers aren’t worried about the CAHSEE because they think that we’ll already know about the stuff [from previous year’s instruction].”

Results and score evaluations for student performance on the CAHSEE is expected to be released in the late spring.