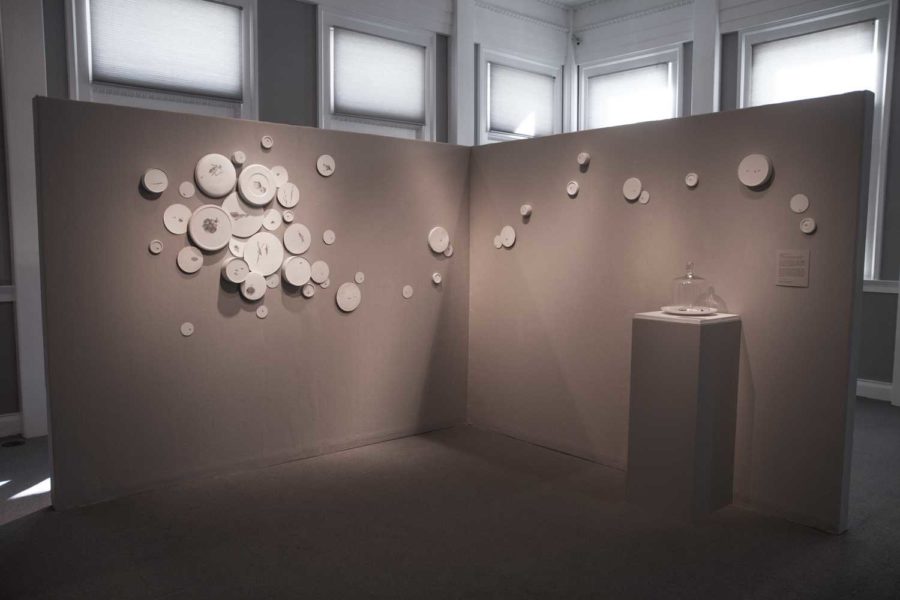 Mrs. Terry Donaldson, Cam High visual art teacher, recently displayed one of her art portfolios publicly at the Oxnard Carnegie Art Museum in the Sustain Exhibition from Dec. 14 to Feb. 22.

Donaldson, who goes by Terry Arena when publishing her drawings, had her most recent drawing, Symbiotic Crisis, displayed at the Carnegie Art Museum. Her art has been themed around food culture for the past seven years, and this one is no different. The piece is made up of “graphite still-life drawings on re-purposed food tins,” and is meant to be a social analysis of the Colony Collapse Disorder, which “has an impact on many other areas as far reaching as the economics of almond farming,” according to Donaldson.

Donaldson believes that understanding visual art is important and has been interested in art most of her life. In 2006 she began seriously drawing and pursuing higher education, going to Cal State, Northridge to get her Master’s degree in painting. “Art is also visual communication and as a society we are communicated to in many ways  in the products we consume,” she said.

Donaldson has displayed her pieces publicly many other times, with the most recent being a series of mobile installations in Chinatown, Santa Monica, and Culver City, all places in the Los Angeles region. She has also shown her art in a 2009 installation of 15 drawings at the Long Beach Museum of Art for the Sweet Subversives Drawing Show, solo shows at both Moorpark and Ventura College in 2010 and 2011, a 2012 two-person exhibit at College of the Sequoias in Visalia, Calif., and a 2014 solo show at Sinclair College in Dayton, Ohio.

Donaldson doesn’t have a specific work of her own that she values above all others. “I don’t really have [a favorite piece],” she said. “But if pressed, I think I generally have a fondness for whichever drawing was mostly recently completed.” Donaldson is inspired by Italian still life artist Giorgio Morandi because she “finds the proximity of the objects and the use of negative space interesting and even meditative.”

She plans on scheduling another exhibit later this year with the organization Art Share in LA and the Museum of Art and History in Lancaster, Calif.

Even with her success, Donaldson does not want to solely become an artist. She feels her situation is ideal and enjoys being able to teach art while having a personal studio to make art herself.

“It’s a nice idea to think about spending my days only making art, but the reality is that working with my students keeps me active,” she said.