The Oscars: Who Won, Who Cares, And Why I Don’t 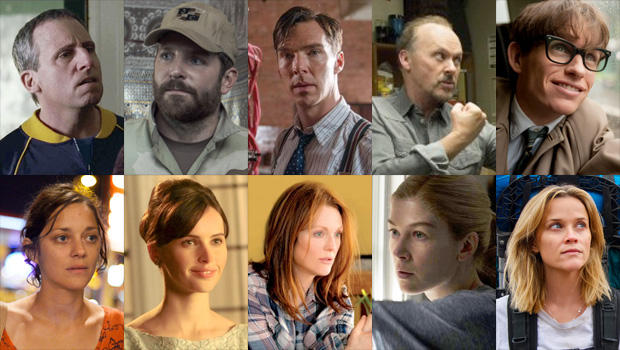 The Oscars are considered the greatest Hollywood awards show of the year, featuring appearances from all of the biggest stars and celebrations of all aspects of the film industry. It sounds fantastic, right? Well…

Does anyone remember the film The Artist? I doubt it. It won Best Picture during the 2011 Academy Awards, and yet, I guarantee that no one remembers the film. The reason? It won entirely based on a gimmick, which is that the entire film was filmed in black and white and was silent up until the very end. This may have pleased the critics, who saw the ‘deeper meaning’ and ‘hidden truths’ of the picture, and I’m sure that your college film professor could go on at great lengths about it. However, this doesn’t mean that the film was any good.

In the same vein as The Artist was this year’s Birdman, whose gimmick was that the entire film was one, long, continuous camera shot. This technique, while impressive from a technical standpoint and certainly deserving of an award for best cinematography (which it did win), adds nothing to the overall film. The film’s plot, characters, and message would have all remained the same whether the shot was cut and edited or not.

This would not be a problem, except that film also won Best Picture, and I’m not sure that it should have. Don’t get me wrong, Birdman was not at all a bad film, and was quite enjoyable at times. However, it seemed to be an ‘Oscar-bait’, relying on one gimmick, random images, and plot points that didn’t make sense in the least.

Someone more educated than I in the subject of film and film making could probably tell you what the main character’s magical powers or the images of a marching band tell us about the human heart. But it is well over my head, and just because some fancy people with fancier-sounding credentials can draw out a “deeper” meaning from a film, doesn’t mean it applies for the majority of movie watchers. Quite frankly, I sometimes doubt whether it exists at all.

The films that should be honored are the ones that will be remembered. Admittedly, there is really no way to tell which films will become classics and which won’t. After all, it took Citizen Kane many years before it was regarded as the masterpiece of film making that we see it as today.

I don’t want to make this article all about Birdman. It’s just that the film is a perfect example of a recurring theme in Hollywood that I want to illustrate. Films like Gone Girl- well done, entertaining films- are continuously passed over by the academy in favor of other more ‘artsy’ films, a practice that I find to be distasteful. Take a look at The Lego Movie. Audience members and critics alike adored the film, and yet it was passed over for films that few had heard of including Song of the Sea and The Tale of the Princess Kaguya.

Another grievance I have with the Academy Awards, is how a billion-dollar production can rarely manage to get any of the technical or hosting details right. For instance, during the “In Memoriam” segment, instead of showing film clips of the attributed actors, directors, and crew members, the Awards focus on some random woman singing a song. They draw the attention away from respectfully remembering some of the greatest show-business talents and instead, shine the spotlight on a singer whose name we won’t even remember. I am positive that no one will be asking their friends if they remember ‘that one singer at the 2015 Oscars’; however, they most certainly will be asking if they remember the talents of the late Robin Williams.

The Academy Awards has lost its grasp of what truly makes a film ‘good’, going for the supposedly deeper and more meaningful works rather than the ones that do what cinema is meant to do: entertain us. However, this is the way that it has always been, and although I would enjoy a change of pace, I don’t see it happening anytime soon.