The Presence of COVID-19 in America 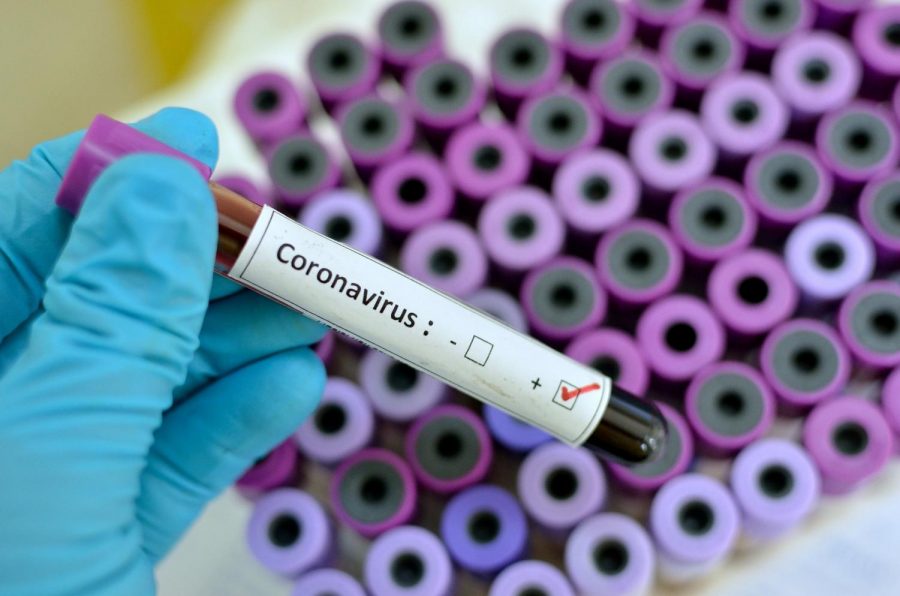 Similar to past viruses — like Severe Acute Respiratory Syndrome (SARS) —  the novel coronavirus (COVID-19) originated with humans consuming animals, specifically bats, that were sold as delicacies in an exotic animal market in the city of Wuhan, in China’s Hubei Province.

A cluster of pneumonia cases centered around the Huanan Seafood Wholesale Market was picked up by Chinese authorities on Dec. 31, 2019. Eventually, on Jan. 7, 2020, Chinese Health Authorities confirmed that these cases were related to the newly emerging coronavirus. There is evidence that the virus is now spreading person-to-person.

Coronaviruses are a large family of viruses that are known to commonly cause mild illnesses like the human cold; however, this strain of the virus is new because it has not been previously seen in humans. The virus is related to SARS that had an outbreak in 2002-2003, but it is not the same.

The virus has infected 80,980 people in 37 countries and around 3,000 people have died. Current symptoms include mild to severe repository illness accompanied with a fever, cough, and difficulty breathing.

The first case of novel coronavirus in the United States was discovered on Jan. 19, 2020 when a 35-year-old male visited an urgent care clinic in Snohomish County, Washington after a persistent four-day cough and subjective fever. He had recently come back from Wuhan after visiting family. Since then, there have been 59 cases out of 445 people who have been tested. Out of the confirmed cases, 42 are former passengers of the Diamond Princess cruise ship and three were returning from Wuhan after traveling. There have been no known deaths in the United States.

California has the most cases thus far with 20 infected people that are being quarantined at various hospitals and military bases. Point Mugu’s U.S. navy base is now being used to quarantine passengers from the Los Angeles International Airport who are suffering from symptoms that resemble the coronavirus. On Monday, a traveler was taken to the base for a 14-day quarantine, but the patient has not yet been a confirmed case.

“I feel like it’s difficult to react to a case that is not confirmed. I’m not going to go and buy a face mask, but I’ll continue to wash my hands well for prevention. I don’t think there is anything reasonable that I can do. I mean I can avoid the virus if I live in a bunker for the rest of my life but that’s not a reasonable course of action,” said Joseph Flaherty, freshman at the California State University of Channel Islands.

Orange County declared a local health emergency after one confirmed case appeared in the area. Santa Clara County and San Diego County made the same declarations earlier in the month. San Francisco also recently announced an emergency in preparation of possible infections.

“Some of the questions I ask myself are: do I believe the hype? Am I worried? Is the media building stuff up or is it real? I don’t necessarily know what’s going on over there [China and Korea], but it is interesting and frightening to see the inner-workings of a pandemic that is similar to many Hollywood depictions,” said Mr. Jeff Jackson, teacher at Cam High.

The Center for Disease Control (CDC) is working to contain the number of infections while simultaneously attempting to find a way to combat active cases. CDC officials warned that an outbreak in the U.S. is likely to happen and the necessary preparations should be carried out, prompting the White House to seek out $2.5 billion from Congress.

“I’m not worried about it because we are in a well-developed country and a lot of the panic has to do with the media. The virus is barely in the U.S. but a lot of people are afraid of it. There’s nothing to really worry about but I do think we should be prepared just in case,” said Jack Schafer, senior at Cam High.

CNN reported that a clinical trial for drug testing on humans kickstarted at the University of Nebraska Medical Center located in Omaha in an attempt to find a course of treatment. The first patient is someone who was evacuated from the Diamond Princess cruise ship.