For the First Time in Over a Decade, Cam High’s AcaDeca Places First 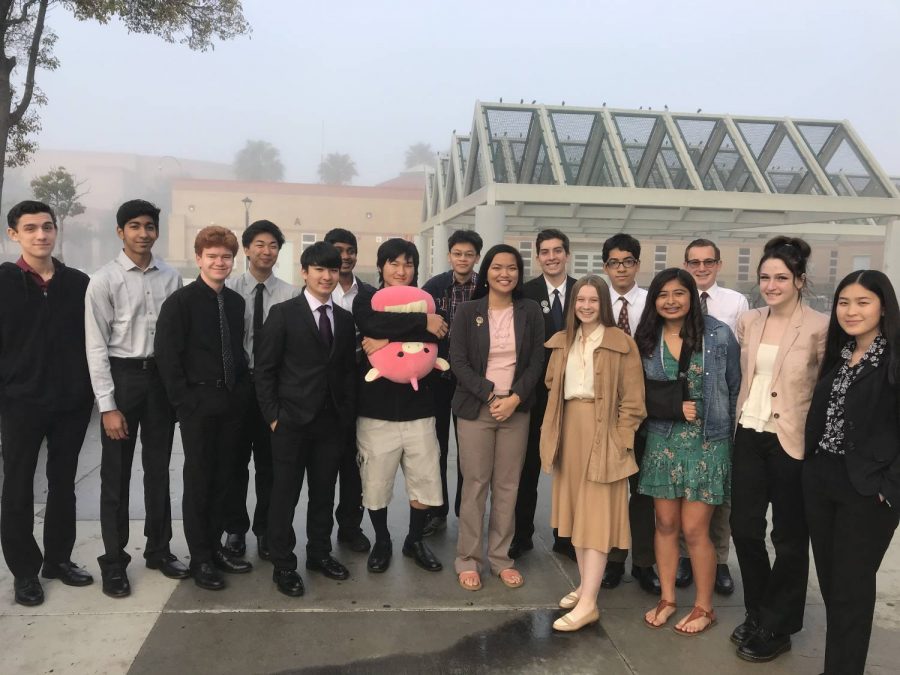 Cam High's Academic Decathlon team, comprised of all grade levels, has been working towards winning this year's competitions since summer of last year.

Whether an individual’s interest falls upon the arts or mathematics, Cam High’s Academic Decathlon (AcaDeca) team offers students the opportunity to compete against other high school teams across the state in ten different subjects in a two-day competition.

Subjects that students are tested on include math, science, art, music, social science, literature, economics, speech, interviews, and essay writing. This year’s theme was primarily focused on health and medicine, but the focus fluctuates each year.

Cam High’s 2020 AcaDeca team worked hard to prepare for this year’s competition, beginning meetings in the summer and continuing to practice throughout the first semester of the school year on an average of four to five hours per week.

The team improved their placements in their division’s competition, exceeding last year’s ranking of 18th among 32 teams at the Ventura County Regional. The team won the White Division and placed fifth overall. For the first time in a decade, Cam High placed in the top five among other competing teams.

“This year, we placed fifth overall, which is an improvement from last year,” said Joshua Lau, sophomore on the team. “We were first in our division and we won over 50 medals.”

Lau was among the top 20 individual scorers in the state competition and placed second in the regional competition. Senior and club president Huy Nguyen placed seventh in regionals alongside Lau in the top ten competitors. According to the cumulative score percentage, Cam High was 1% away from qualifying for national-level tournaments.

Although the team did not qualify for nationals this year, members are fueled by this year’s success to work hard in making the cut for the state competition next year.

“The Academic Decathlon team did extremely well compared to previous years,” said Jack Cadenhead, a junior on the Cam High team. “We gave it our all with the most determination I’ve seen in a team before. It’s plagued us that we were so close to state [competition]. We are aiming to get into the national competition next year.”

“The coolest thing about AcaDeca is that no matter who you are, you can come together with other kids who see you as an equal,” says junior Emily Chang. “You compete together not just as a team but — not to sound cliché — as a family.”

The team is now recruiting for next year, and the topic will be on the Cold War. For those who are interested, an informational meeting will be held in T8 on Friday, March 6.