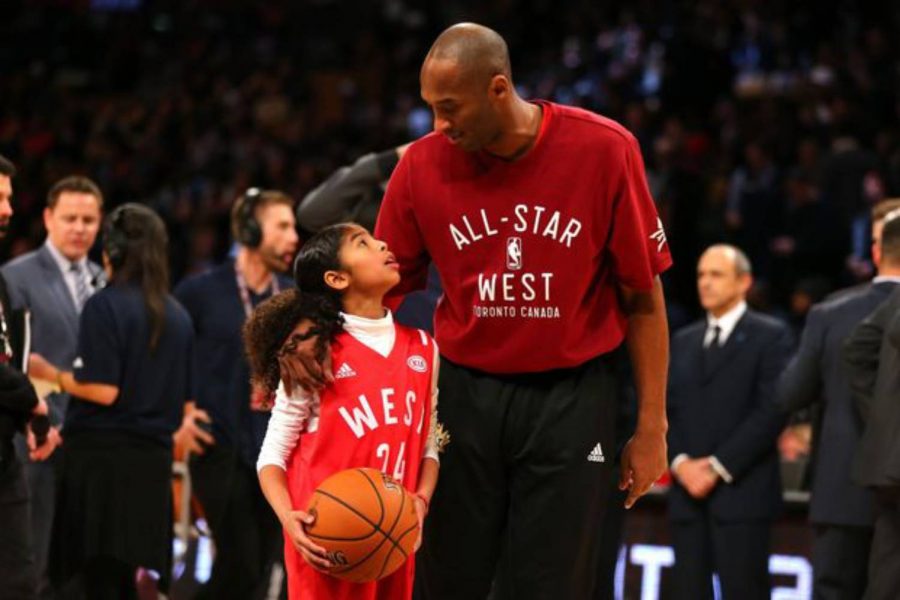 Kobe and Gianna Bryant passed away at 41 and 13 years old after a helicopter crash in Calabasas, California.

On Sunday, Jan. 26, the world came to a screeching halt as the news circulated that at just 41-years-old, basketball legend Kobe Bryant and his 13-year-old daughter Gianna had passed away in a helicopter crash along with seven others at around 10:00 a.m. in Calabasas, California.

His death has affected many people, especially those who looked up to him throughout their youth. Noah King, a junior at Cam High, said, “Kobe was one of the biggest inspirations to me growing up, and many others. When I heard the news about the death of my childhood hero, I was devastated.” The atmosphere not only here at Cam High but around the world has been somber.  Mason Stangeby Junior at Cam High said, “His death is devastating, he’ll never be forgotten. He was a legend, a hero, and an icon. Rest in peace, Kobe.”

Athletes and celebrities around the world have been mourning Bryant’s death since Sunday and some are still currently underway. Thousands of fans gathered around the Staples Center to mourn and honor him. On Friday, Jan. 31 the Lakers hosted a memorial before their first game back. Artists like Usher, Boyz ll Men, and cellist Ben Hong performed before the Lakers played the Trailblazers that night, according to the Washington Post.

Lebron James later said a few words as well: “Kobe is a brother to me, From the time I was in high school watching him from afar, to the time I joined his league at 18 watching him up close. All of the battles that we had throughout my career. The one thing that we always shared was that determination to want to win and to be great. And the fact that I’m here now means so much to me. I want to continue along with my teammates, to continue his legacy not only for this year but for as long as we can play the game of basketball because that’s what Kobe Bryant would want.”

He concluded by alluding to Bryant’s nickname: “So in the words of Kobe Bryant, ‘Mamba Out.’ But in the minds of us ‘Not forgotten.’ Live on brother.”