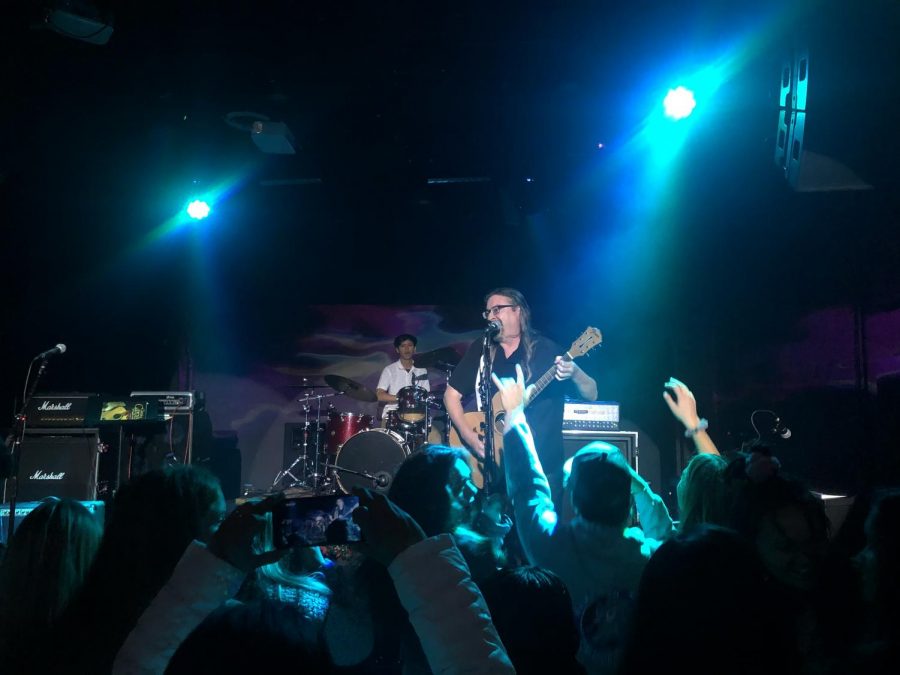 Performers ranged in experience; for some students, such as senior Hannah Terrones, it was their first time in front of an audience. Terrones took the stage with senior Jenny Kim on ukulele to perform “La Vie une Rose.” Terrones said, “I was super nervous, but it was a lot of fun, [and performing with Kim] made me so much more relaxed.”

Senior Catherine Ibrahim has performed for an audience various times, including last years talent show, her church, and at Rancho Campana High School during her enrollment. Prior to her performance, Ibrahim felt nervous for her performance but once she got on stage her confidence returned. “Once the music started, I felt like all the nerves go away,” she said. This year at Camchella she sang “She used to be mine” by Sara Bareilles while playing the piano.

Senior Isaac Camarillo also took the Camchella stage accompanied by Jacob Speth, junior, on drums, Dustin Reese on bass guitar, and Lucas Chomiller, junior, on saxophone. This year’s performance was groundbreaking for Camarillo. “This was the first time I got to break out of my shell and be confident in my performance because I had other people up on stage with me,” Camarillo said.

In the set changes and adjustments between each performance, there were impromptu performances from audience members. These included one from senior Puja Malyala, who told a knock-knock joke and the audience in singing happy birthday to senior Lincoln Wutkee, who later went up to yodel.