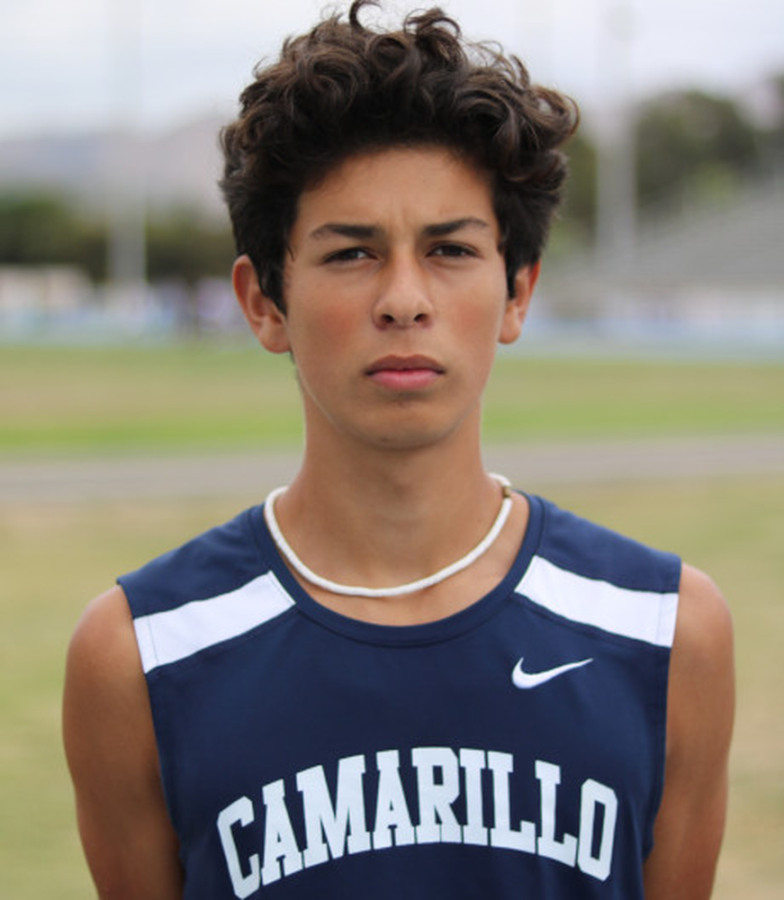 Jaime Gonzalez, a senior, qualified for CIF prelims as an individual and finished in sixth place in the boy's league finals.

Jaime Gonzalez, senior at Cam High, participates in Cross Country and recently qualified for CIF prelims as an individual after finishing sixth in the boys league finals race.

Gonzalez’s Cross Country season showed good results overall; however, he ran into some issues during the CIF prelims race. Gonzales said, “My race didn’t go as well as my lungs were hurting when I was warming up. Once I started racing it hurt a lot.” In that race, Gonzalez finished 55th out of 130 and earned a time of 16 minutes and 22 seconds compared to last year’s CIF prelims race where he ran 15 minutes and 24 seconds.

Part of the adjustment Gonzalez had to make this last season was switching coaches. For Gonzalez’s previous three years, Mr. Sam Pinuelas, math teacher at Cam High, had been the year-long coach, but this year the coaching was done primarily by Mr. Mike Smith, former teacher and girls Cross Country coach at Cam High. The biggest change for Gonzalez was that “Coach P [Sam Pinuelas] had us go on ten mile-rs, but with Coach Smith, the maximum was eight at a faster pace.”

Throughout high school, Gonzalez has been on the varsity team running in four CIF prelim races and two CIF finals. Last year, Gonzalez finished the CIF finals race as the first runner for Camarillo and was awarded M.V.P of the team.

In college, Gonzalez plans on continuing to participate in running and has even received scholarships for his running ability. He is considering all of his offers while also applying to multiple UC’s and Cal States. Gonzalez is interested in studying Biology as it opens a lot of possibilities and ties into agriculture, which Gonzalez has participated in at Cam High. “I enjoyed my time in AG Program because I got an opportunity to raise swine for three years for the fair and I got to make a good deal of profit,” said Gonzales.