Setting the Spotlight on Drama 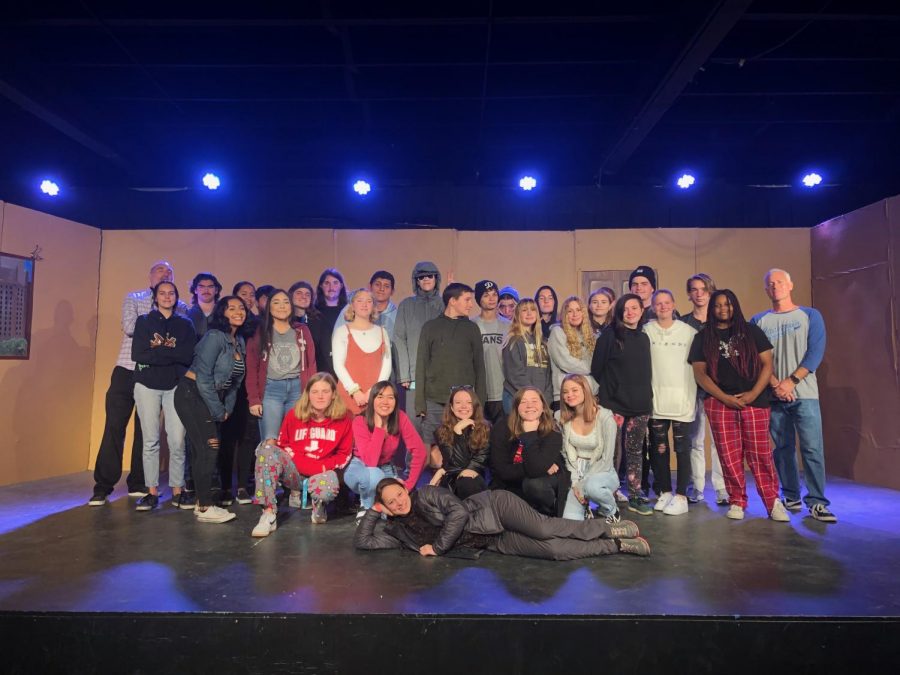 Drama is a sixth period class offering opportunities to those interested in acting and stage direction.

On an average day, the class begins with trust exercises for students to build a strong relationship with one another. They then transition into other drama activities and games before diving into working on the production for their first play. Each year, the program puts on two productions a year, (one in Sept. and another in Jan.). Normally, one play is a drama and the other is a comedy. This year, the first production was 12 Angry Jurors.

When asked about what opportunities the drama class gave her, senior Melyssa Prouty said, “I was able to make a connection with a private college, American Musical and Dramatic Academy (AMDA) College and Conservatory of the Performing Arts, which is an acting academy in L.A. My teacher had a poster hanging up and once I looked into it, I knew what my goal was. I got into contact with them, got on audition and even got accepted into the conservatory acting program with a scholarship. If I hadn’t joined this class, I never would have found out about this amazing school.”

Students do not have to be an actor to join drama, there are positions like stage manager, set design and construction, tech (lights and sounds), costume and makeup, marketing and promotions, prop wranglers, and more. The class is open to everyone with no prior experience required.

Senior Cienna Ritz joined the class this year and said, “I’d consider the class a good way to make friends and show off the nerd within yourself without being judged. It’s very awesome to work with a bunch of fellow students on our productions! I have to give props to anyone who works backstage because I love how much effort and time they put into the productions. I feel the people on stage aren’t given enough praise for the work they put into these shows, like Anissa Sanders. She stayed after school till six, with us actors, and Mr. Myers guiding how we should speak and move on stage.”

Myers has been teaching drama at Cam High for two years now. Myers said, “I acted in plays in high school and have written a couple, as of yet, unproduced plays, so I’ve always been drawn to the theatre as an art form. Teaching drama has allowed me to share that love of theatre with my students, and work in what is truly a collaborative environment where everyone contributes to produce something meaningful and, dare I say, magical.”