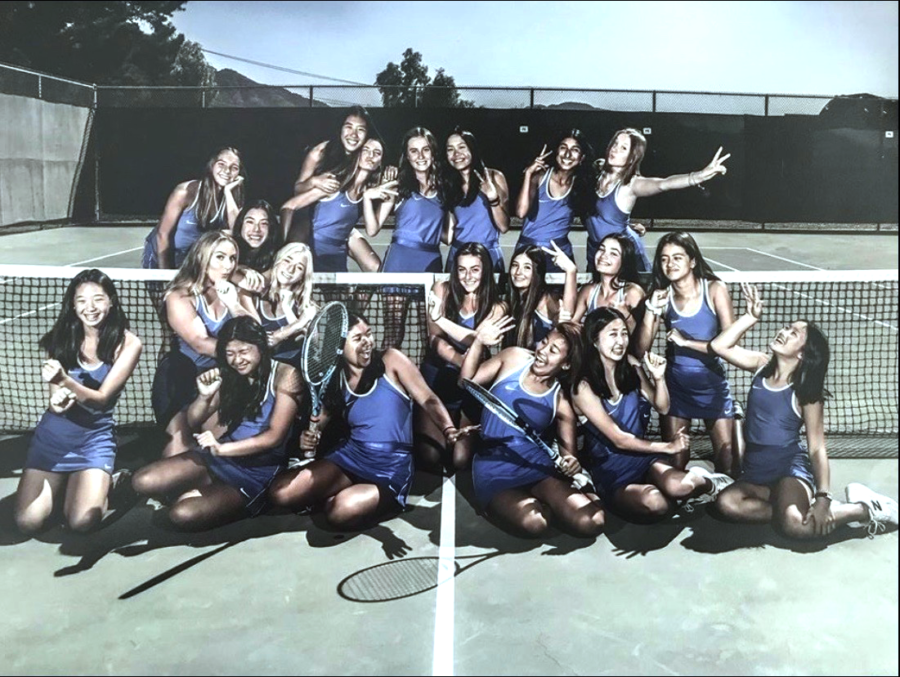 Tennis players must mentally prepare before each match. “Matches become more competitive as you get older, and there’s more pressure during each match,” said Molly Honnef, senior and varsity player at Cam High.

Both Molly Honnef and Samantha Condevillamar, sophomore, said that each year the competitiveness grows into both practices and matches. Molly said, “It goes from just doing something for fun and it just gets harder and harder.”

There must be careful consideration of opponents when the team schedules a match in order to match skill levels and ensure a win for Cam High.

Tennis is both an independent sport and a team effort. The team competes for a team score, but matches are completed with two girls. Head coach Ms. Claudia Grafenstein said, “Yes, they play individually for a group score so that’s how it becomes a team effort, but  you have to kind of grow them as an individual, mentally, for their mental game.”

Early on in the season, she views a team’s overall strength levels, and she looks more in-depth during league play. Some information she considers is the ranking of an opponent in the previous season, who is currently on the team, who left the team, and the predicted team lineup.

“During preseason, I don’t look at each girl individually, I just look at whether she’ll give us a challenge or not. Because every time I put together a preseason I want the team to be strong to push us, we can only grow as a team if we play teams who push us, who make us think outside the box,” said Ms. Grafenstein.

Grafenstein’s goals for the season go beyond competitive results. “Outside of being a good student-athlete, I want them to be contributing to society for the rest of their lives,” she said.