Preparing for the Upcoming 2020 Presidential Election 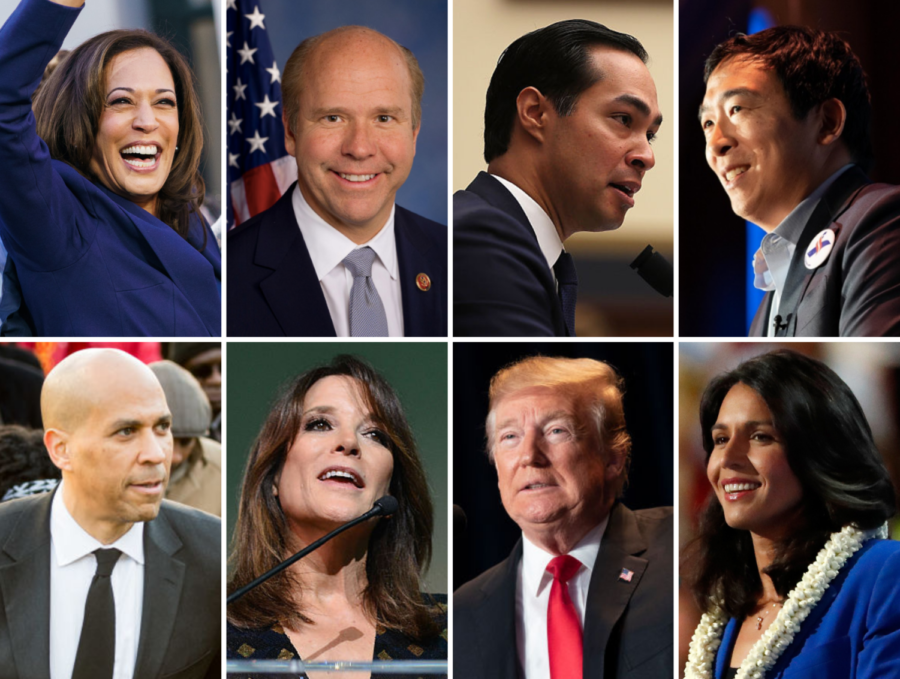 The 2020 election race will begin soon with the Democratic primaries starting Feb. 3, and the winner will be in the running with current President Donald Trump on Nov. 3, 2020.

The current front runners of the primary race are Joe Biden, former vice-president, and Elizabeth Warren, current U.S senator. Other candidates are Bernie Sanders, Pete Buttigieg, and Kamala Harris. Real Clear Politics has averaged four national polls from Oct. 30 to Nov. 17 and polled Biden at 26.8%, Warren at 19.6%, Sanders at 17.8%, Buttigieg at 7.8%, and Harris at 5%.

However, the polling data last year was not entirely accurate as Trump ended up winning the election. Some people look at the betting in Las Vegas to gouge who people think are going to win since money is on the line. According to RealClearPolitics RCP Average,  the betting odds are Warren at 28.9%, Biden at 23%, Buttigieg at 20.1%, Sanders at 14.3%, and Clinton at 6.8% for the Democratic nomination.

The first two Democratic primary states are Iowa and New Hampshire. The RCP averages in Iowa are Buttigieg at 21%, Warren at 18.8%, and Biden at 17.6%. For New Hampshire, Warren is at 21.7%, Biden at 19%, and Sanders at 18.3%. Part of the disconnect between the polling and the betting odds could be Biden’s main appeal: he is considered the candidate that is most likely to beat Trump. Although this appears to be the case now, the first couple primary states are polling towards Warren, which could cause concern on Biden’s end.

Joshua Lau, sophomore, currently backs Tulsi Gabbard, a U.S representative from Hawaii who is polling around 1%. “[She] is very upfront about her policy. She is not afraid to debate or speak her mind. I also really like her economic policy and the fact that she served in the military,” he said.

Pranesh Balasubramaniam, senior, supports Pete Buttigieg. Balasubramniam agrees with a list of Buttigieg’s proposed policies including abolishing the electoral college, removing private prisons, canceling out some student debt, and medicare for all.

Puja Malyala, senior, said, “I am supporting Trump in the 2020 election, not because I’m the biggest Trump supporter, just that I’m not the biggest fan of many of the Democratic candidates. I lean more towards conservative affiliations.”