Shedding Light on History: Trial of the Sun King 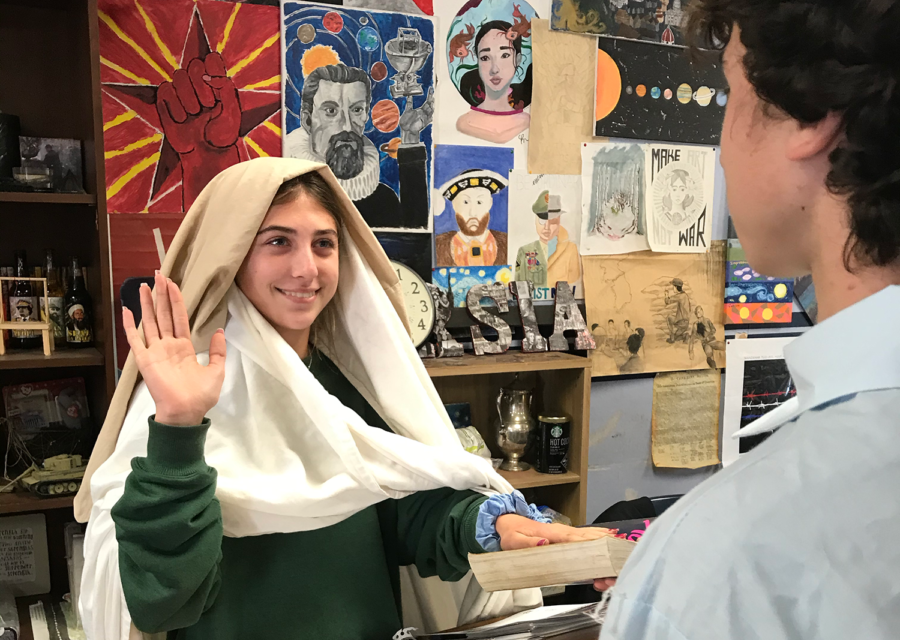 AP Euro students recently participated in the "Trial of the Sun King," a mock trial based on the French Revolution and the crimes of Louis XIV, The Sun King.

The AP European History class at Cam High recently partook in a three-day mock trial, in which students debated the innocence of the ‘Sun King:’ France’s King Louis XIV.

The trial took place from Friday, Nov. 8 to Wednesday, Nov. 13. The students were assigned to one of three roles: attorneys (prosecution and defense), judges, and the corresponding witnesses. From there, it was a constant back-and-forth between the two sides to determine whether or not the defendant, King Louis XIV, was guilty of misusing government funds and committing treason.

Everyone participating in the trial attempted to make it as realistic as possible. For example, the students acting as judges spent their time keeping order over the court and carrying out the appropriate objections and motions used in an actual court of law. Furthermore, the attorneys worked to provide clear cross-examinations, and the witnesses dressed up and embodied their character as much as possible.

The mock trial was used as a way to help students feel more comfortable talking in front of the class and provided an entertaining way for students to understand some of the historical content they are studying.

“This assignment reaches out to many,” said Tawney Safran, AP European History teacher at Cam High. “Whether they’re shy, fierce, soft-spoken, or well-rehearsed – this helps students gain a sense of confidence and empowerment.” Safran believes the mock trial is a prime example of her teaching style, which is interactive and revolves around demonstrating knowledge in fun ways. “The students will refer to this as one of their favorite, most exciting, memorable projects, and not just for the entertainment aspect of it, but also for the understanding of key concepts like absolutism,” she said.

Skylar Klemann, sophomore at Cam High, played the role of a defense attorney and favors the interactive, hands-on teaching style Safran’s class is based upon. “It’s really fascinating, and I’ve had a very fun time doing this mock trial. It’s incredibly rewarding when you do the right thing,” said Klemman.

Francesca Marietti, sophomore, agreed with Klemann and thinks the mock trial was a perfect way for shy students, such as herself, to escape their comfort zones and demonstrate their knowledge to their peers. “I’m not very outspoken around people I don’t know very well,” Marietti said. “But, this project helped me with voicing my opinion. I’m getting much better at public speaking, and I’m happy to know I’m working toward something in class that will help me so much outside the classroom, too.”