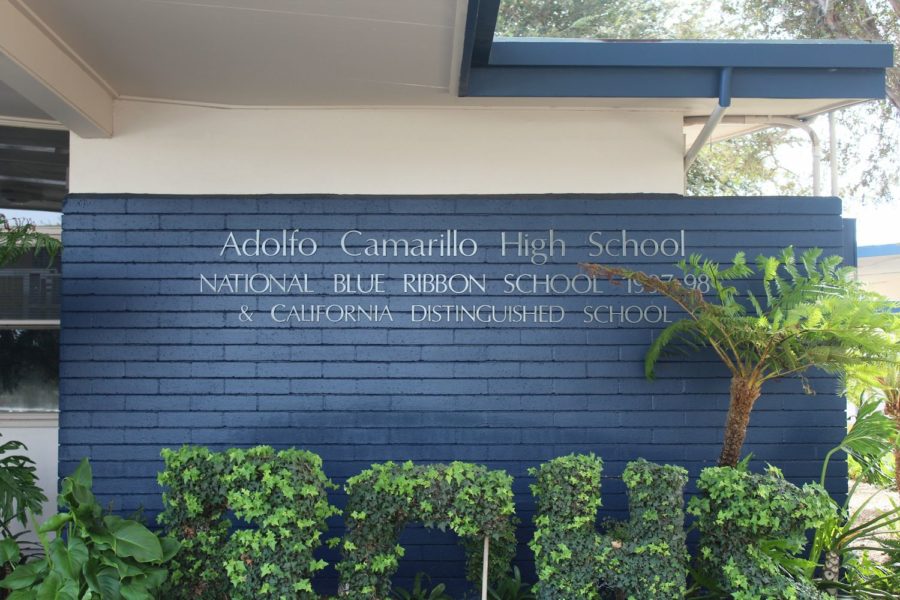 Cam High's reputation as one of the best schools in Ventura County is in jeopardy. The new administration and the staff are convinced they can right the ship.

Many of Cam High’s students are at risk of losing their diploma’s validity due to a poor accreditation report (officially, 1/6) by the Western Association of Schools and Colleges (WASC), a statewide organization that accredits schools.

WASC has given Cam High a year and a half probation period to prepare for a reevaluation. The probation was extended due to administration changes at Cam High. For this evaluation, Cam High must satisfy a new action plan created in conjunction with the WASC committee.

Last year, The Stinger ran an article on WASC’s visit to Cam High. The WASC committee assessed the school through interviews with students and teachers as well as observations. The organization concluded that Cam High needed to change in order to keep its accreditation.

All current senior transcripts will still be accredited, but current freshmen, sophomores, and juniors are at risk of having their diplomas discredited if the school does not pass the next evaluation.

Cam High principal, Mr. Matthew La Belle, is overseeing the changes. “We will start working toward having groups of teachers that will take ownership of each part so we will have more than one person as a head person. Each group will have a say like when you work in group projects and you put all those projects together to make one big project,” La Belle said. He added that this method of creating a report worked well at his previous school.

“The WASC process in this cycle had significant issues both in implementation and participation. The FOL [Focus on Learning] self-study was incomplete and absent in several areas. Many of the prompts were not addressed at all by the school, and many were off point with findings that did not correspond to the prompts in that section,” said the WASC report.

Pristera acknowledged the incomplete prompts. She said, “I had little to no guidance as far as which prompt I was supposed to choose. This time, I was not even remotely aware that we were supposed to do every single prompt that was given to us.”

Pristera explained that she did not have the support she needed. “Some staff chose not to come to the meetings. In the previous WASC [evaluations], there were more meetings with WASC specialists, and the Principal Mr. [Glenn] Lipman met with me every other week to make sure things were going well.”

Some teachers felt the previous Cam High administration did not contribute enough for the self-study. Mr. Shawn Near, Cam High economics teacher said, “We felt there was a lack of support from that administration. We didn’t quite have the leadership that we had in previous [evaluations].”

The WASC response emphasized the need for strong leadership, saying, “It is clear to the visiting committee that a significant number of faculty does not have the inclination to work toward the goals of the action plan. That said, there are also many members of the staff, including members of the ILT [Instructional Leadership Team] that could provide a strong catalyst for change and ongoing improvement at ACHS if provided strong leadership and support.”

Another critique from the WASC report was “Opportunities exist for teachers to collaborate with other departments; however, the structure is seemingly non-existent and completely voluntary on most of the days.”

La Belle said increasing collaboration was a central theme of the new action plan. “We started off our first faculty meeting before school started with what we call state of the school address where we talk about what the school looks like on some data points. We also talked about the WASC report and the things they asked us to work on. Then each department is creating a state of the department where they are answering some questions individually in their department.”

Pristera, Near, and La Belle were optimistic about the school improving and passing the next WASC evaluation.