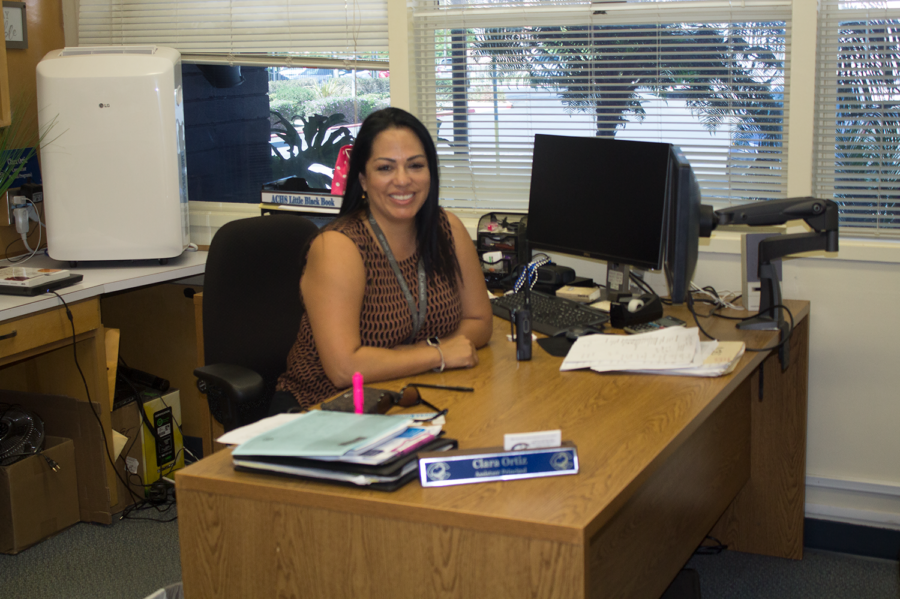 Ortiz is a native of Ventura County. She grew up in the Santa Paula region and graduated from Santa Paula High School. She continued to attend Ventura College and took Spanish Literature. She later applied to the University of La Verne, where she was accepted and received her bachelor’s degree. At La Verne, she also earned her counseling credentials.

After attending the University of La Verne, Ortiz applied for a position at Cam High and worked as a counselor for five years from 2012 to 2017.  “I am very excited to be back at Cam High,” said Ortiz.

She then moved to Hueneme High School and worked as an Associate Principal for seven years from 2012 to 2019 before returning to Cam High as an Associate Principal for the 2019-2020 school year. “It is a very family-oriented staff and because I am returning to Camarillo, I know the staff pretty well, at least most of them. Our students are very positive here, they are good kids, and I enjoy being outside during passing period and break when students greet you as you walk through the hallways. It is a very positive environment,” said Ortiz.

When Ortiz is not on the job some of her hobbies include exploring her Latinx culture and heritage.

James Harlow was an actor in both New York and Hollywood before he became an administrator. Most recently, he was in the movie, Safe House, with Patrick Stewart.

Growing up in Springfield, Ohio, Harlow dedicated himself to high school drama classes and writing for his school’s newspaper. After graduating from college, he studied acting with Bill Esper — a famed acting teacher in New York. Harlow worked as a bartender, doorman, and bellboy while studying acting.

He taught in schools across Los Angeles before coming to the Oxnard Union High School District as an Administrator at Rio Mesa for five years (2014-2019) and is now at Cam High.