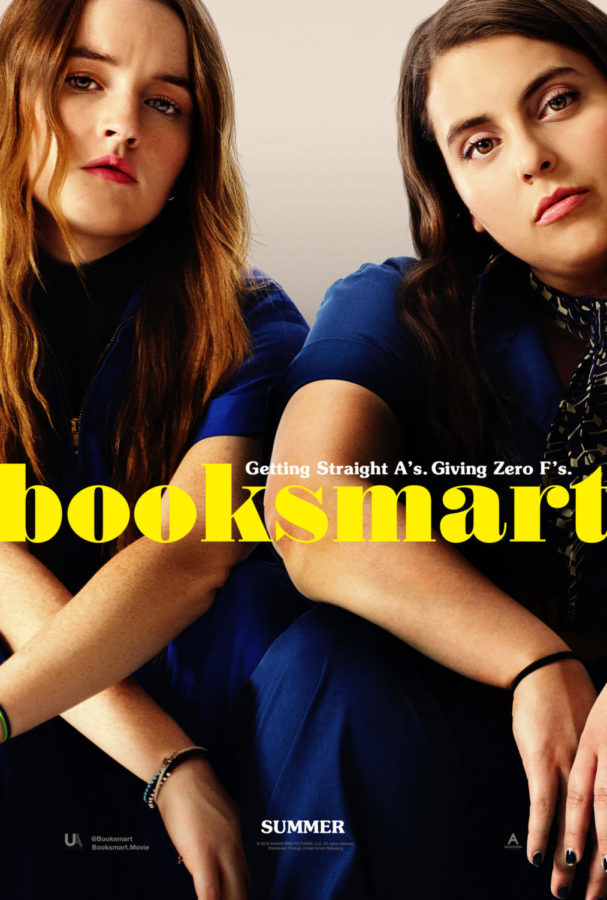 For first-time director Olivia Wilde, normally known for her career in acting, Booksmart acts as a notable, relevant, and fresh take on the teenage comedy genre.

The official synopsis reads as follows, “academic overachievers Amy and Molly thought keeping their noses to the grindstone gave them a leg up on their high school peers. But on the eve of graduation, the best friends suddenly realize that they may have missed out on the special moments of their teenage years. Determined to make up for lost time, the girls decide to cram four years of not-to-be missed fun into one night — a chaotic adventure that no amount of book smarts could prepare them for.”

Wilde’s direction is smooth and energetic, allowing every scene to feel like an exaggerated version of high school life in essence. Every major element of the story that may have required a more disciplined director did not disappointment in its quality; Wilde handled large set pieces and extended sequences with a very mature style.

Kaitlyn Dever and Beanie Feldman, the pair that plays Amy and Molly, have excellent performances throughout the movie. The opening scene of the movie establishes the two as great friends immediately, and that connection continues until the credits roll. Inside jokes are easily understood in every instance, as if you were there for them too. The chemistry between the two leads is an excellent new comedic pair, and I would not be surprised to see them starring in a new film together.

The actual high school setting is exaggerated and sometimes unrealistic. In the film, students skate-through the campus on roller skates and skateboards alike, with a complete disregard to the rules. A water-balloon fight in the halls, loads of graphic graffiti scribbled in the bathroom, and a murder-mystery graduation dinner party are just a few of the outlandish elements of the film that give it a relatable, yet still escapist vibe. The only part of the film that was bathed in reality was the teachers’ low paychecks.

Overall, Booksmart is a very confident, relatable, and enticing first drive of Olivia Wilde’s directing career, as well as a fresh addition to the teen comedy library. This is a perfect movie to see even if you are no longer in high school. The film is guaranteed to make you start to feel the sting of growing old and losing your adolescence to the jaws of time.

This film gets a resounding 8/10 from me.