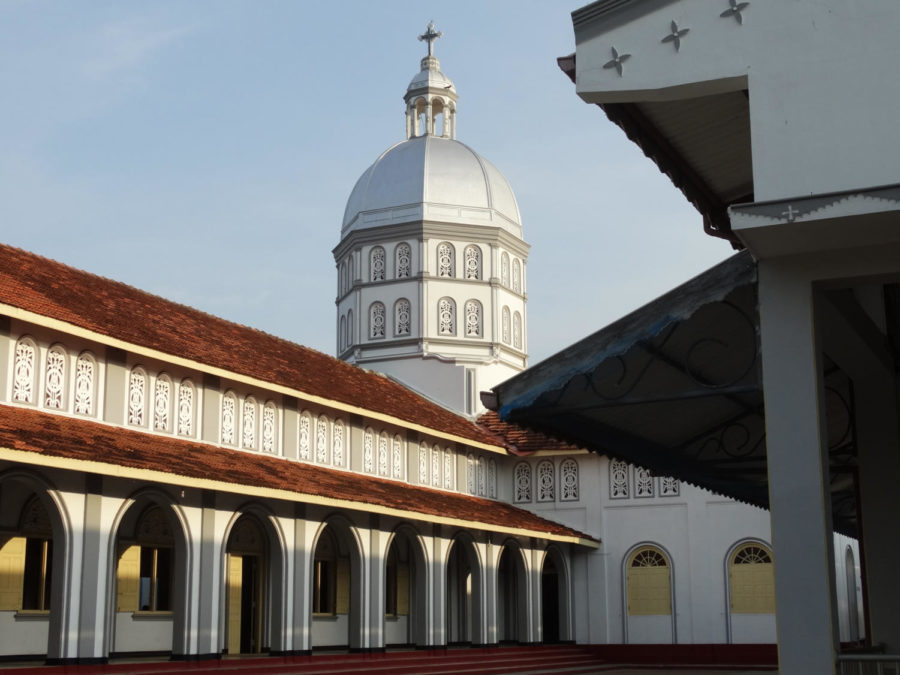 Sri Lanka's St. Sebastian's Church, one of the targets of the Easter Sunday bombings in Sri Lanka (4/21/2019).

Easter Sunday of 2019 was full of celebration and colorful church services worldwide; however, all the springtime activity was shaken by a series of coordinated bombings throughout eight Sri Lankan churches and hotels, killing an estimated 253 people in the blasts and wounding an additional 500.

The unprecedented violence tore through the peace Sri Lanka was experiencing after the conclusion of its civil war in 2009. Since then, the country has seen an increase in tourism and tourist-related industries. Tourists from all over the world are roaming Sri Lanka’s most popular destinations. The sites of the bombings on April 21 were no exception, and the explosions claimed the lives of foreigners and citizens.

The first round of attacks was carried out in the cities of Colombo, Negombo, and Batticaloa. These three cities were major hubs of Christian activity, and many worshipers were congregated at churches that afternoon.

Not long after, Colombo was hit with a second wave of explosions targeting three of its most famous luxury hotels: the Shangri La, Cinnamon Grand and Kingsbury. A hotel right in front of the Dehiwala Zoo in Dehiwala-Mount Lavinia was bombed as well.

The last bombing targeted a private residence in Mahawila Gardens, followed by a raid. Three police officers were killed in the explosion while questioning the residents.

The Sri Lankan government recently started an investigation but the identities of those involved are still unknown. No terrorist group has taken responsibility. However, seven suspects were arrested immediately after the bombings had been carried out. The Sri Lankan police force has also reported that there is evidence to believe that suicide bombers were responsible for the explosions in these public areas. Social media sites such as Facebook and Instagram were blocked during these investigations to ensure the privacy of the state and those involved.

However, there is a gem among the grief and destruction left behind in the wake of the bombings. The local community has been active in raising awareness for the victims of the bombings, as well as uplifting those who have lost loved ones. Responses from the outside world have also been overwhelming, with people across the globe reaching out with their condolences and support. Truly, the bombers have forgotten of the beautiful phenomenon of society in which hatred leaves behind a community of love, and only grows closer in the aftermath.