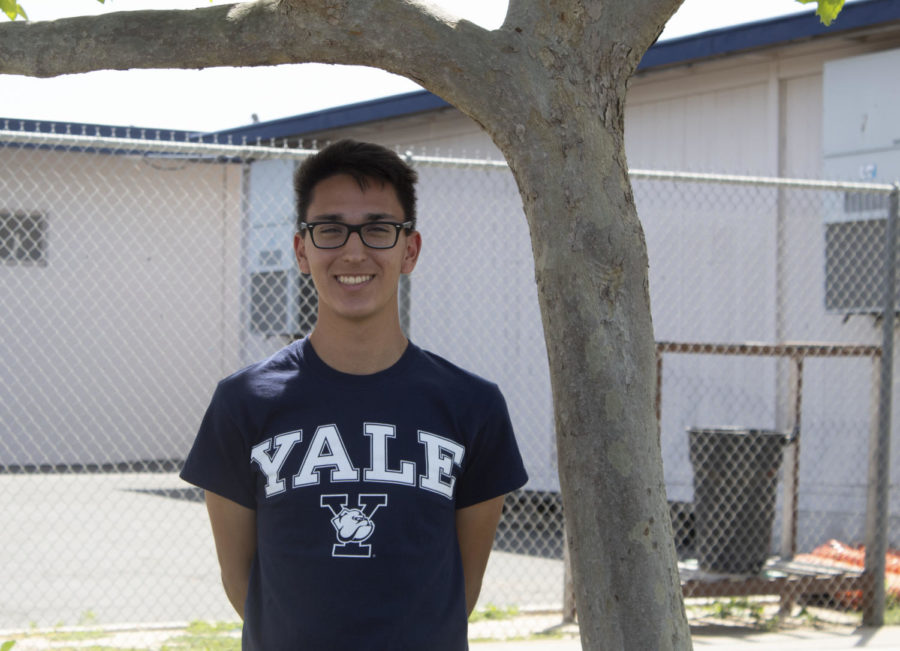 Aidan Cabral will graduate with the class of 2019 this year.

“I think it is very intimidating hearing the name Yale, and the picture you get when you think of the students who go there. I am a bit anxious when it comes to going there, but I am still very excited,” Cabral said. Yale has a 7% acceptance rate since 2015-2016, according to College Vine.

Cabral took various Advanced Placement classes throughout his four years. “In my opinion, the most important ones are AP Biology, AP Chemistry, Calculus BC, and AP Physics,” he said. Cabral is also part of Cam High’s Business and Technology Academy (BATA), which, as a senior, has an AP Computer Science class.  Now, Cabral suspects all of these AP classes could have contributed to his admission into Yale.

However, Cabral had to work hard to receive the scores he did. “The hardest part of high school is when you get really busy so you have to prioritize the different AP tests, especially for the SAT. The SAT was harder than any of the AP tests I took,” he said.

Aside from the AP classes, Cabral participated in several clubs that focused on giving back to the community. Cabral was in Red Cross for all four years, three of which he was the vice president. Cabral also started a club called Students for Ethical Animal Treatment (SFEAT), which lasted two years. Future Businesses Leaders of America (FBLA). The last club Cabral was in is National Honor Society (NHS), a club that only admits a select number of students.

Cabral said, “The best part of high school is the difference in learning the different concepts. It’s not so much about getting the grade but to understand the ideas, like in Mr. Storer’s English class.”

Aside from academics, Cabral also participated in high school sports. “I played soccer for all four years, I was varsity for two of them.” Cabral doesn’t want to play soccer for Yale, but he would be willing to play club ball outside of school.

All of Cabral’s friends and family are excited to see him off, but they will all miss his witty yet sweet personality.