Discrimination in the College Application Process Needs to be Addressed 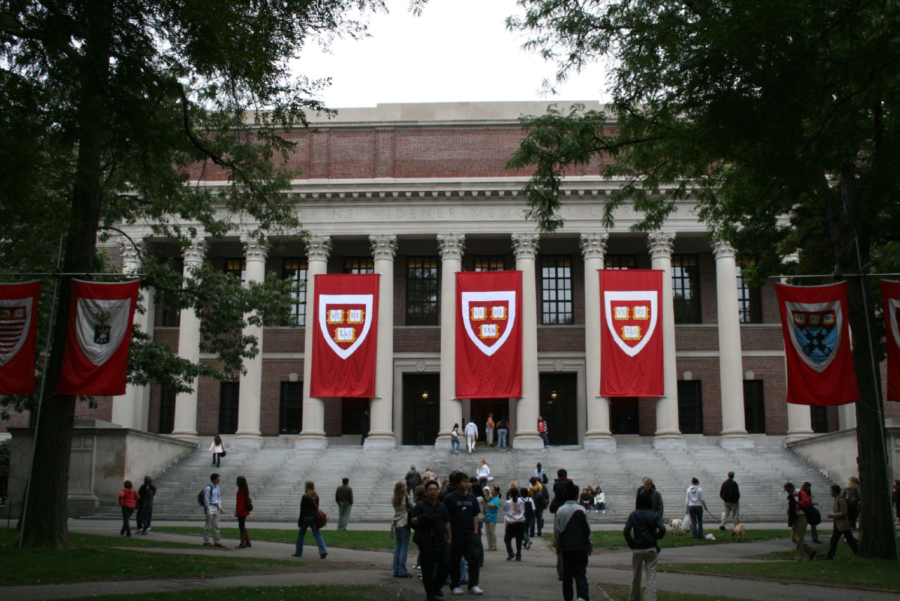 Harvard University had a record 43,330 applicants this year, of which 935 were notified of early acceptance.

Harvard, one of the Ivy League Universities, has recently been under fire over accusations of intentionally attempting to employ “racial balancing” by keeping the number of Asian-American students below 20%.

Students for Fair Admissions (SFFA) were the first to accuse Harvard’s application process of being heavily influenced by race.

The right to consider race as a factor in admissions is something Harvard has repeatedly defended by supporting Affirmative Action — an initiative started by President John F. Kennedy meant to encourage employers or colleges to take in minority groups. However, the Supreme Court continues to question Harvard’s intentions to use Affirmative Action as a method to give equal opportunity versus the ability to perform in the admitted university.

Being a college that uses a “personal rating” with its applicants, Harvard has been accused of intentionally giving Asian-Americans a lower rating solely due to race. According to Harvard’s rebuttal to the SSFA accusation, race is “one factor of many that determines (personal) rating.”

This places minority groups at a disadvantage compared to other applicants who, in some cases, receive a bonus because of their race. The idea of receiving a disadvantage or advantage for admissions based on race is archaic and destructive.

The Justice Department reports that Harvard has failed to reveal how and why they collect information about race. Harvard claims racial information of applicants is used for statistics, and does not affect the application. However, according to the rebuttal, the school reserves the right to take race into account when judging applicants, undermining their claims that the application process is not affected by racial bias.

Attorney General Jeff Sessions said on Aug. 10, 2018, “No American should be denied admission to school because of their race.” Sessions also accused Harvard of “monitoring and manipulating” the racial composition of incoming classes to meet certain diversity quotas.

The overarching problem is how colleges choose to accept students of color in order to make their student body appear progressive and diverse. However, once the first year passes and colleges have their quotas, maintaining those percentages no longer matters.

A study released by the National Student Clearinghouse Research Center in 2017 shows how, on average, 44.6% and 35% of all Black and Hispanic students, respectively, dropout without completing a six year degree.

This distinct increase of dropouts shows just how disposable students of color are to certain colleges. It is crude and disgusting how little support an “unrepresented minority” student can experience post-admission.

Admitting a student cannot succeed in a school as prestigious and difficult as Harvard is disastrous to the life of the student. Potential years of work or education are thrown away because a private school with motives to earn money and maintain a reputation manipulated and used students.

The dangers of diversity quotas and using race as any pretense in college admissions sacrifices the very people Affirmative Action is issued to protect. Every human holds an inalienable right to the opportunity of higher education. To cheat someone out of this right, or to scam him or her into a fake ploy that potentially wastes years of his or her life, is a cardinal sin, unparalleled to anything words can conjure.