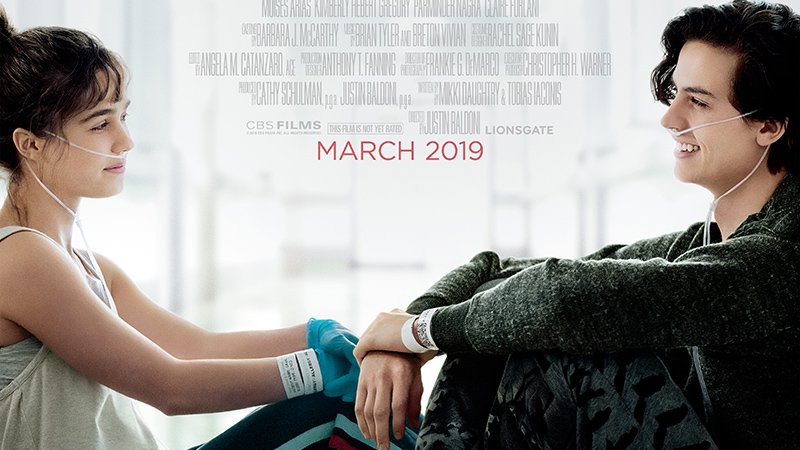 Five Feet Apart is a romantic drama that hit theaters on Friday, March 15 and focuses on two teenagers with Cystic Fibrosis.

The movie begins in a hospital where the main character Stella, played by Haley Lu Richardson, is helping her friends pack for a vacation she can no longer go on due to her illness, which is revealed through a series of video diaries. She then goes up to the NICU to look at the babies, but she ends up meeting her love interest.

Will, played by Cole Sprouse, is introduced as a rebellious teenager, who does not care about anything, including his own health. Throughout the film, Stella tries to help Will by putting him on a schedule and dedicating her time to making sure he follows it. In the end, the two fall in love and risk their health to be together.

The title of the movie references the minimum distance CF patients should be from each other. This is meant to reduce the risk of cross-infection, which can be fatal. Over the course of the movie, Stella and Will break this rule to be together, but ultimately, they realize that they must put themselves first if they are going to survive.

The movie was well-structured and showed the importance of balancing your schedule while still taking time to enjoy life.

The overall plot was pretty close to that of the book by Rachael Lippincott and explained the struggles of Cystic Fibrosis, but not in an annoying way that seemed forceful or fake. These actors also did a great job putting themselves into the role of someone who has to live with a  serious disease, making it easy to follow and interesting to watch.

The writers also took their time to show every aspect of the plot, making the movie a little over two hours, though it did feel shorter.

Overall, the movie was a good representation of the book and was a great watch, but would not be something you could watch over and over without getting bored or annoyed with either the characters or the story line.