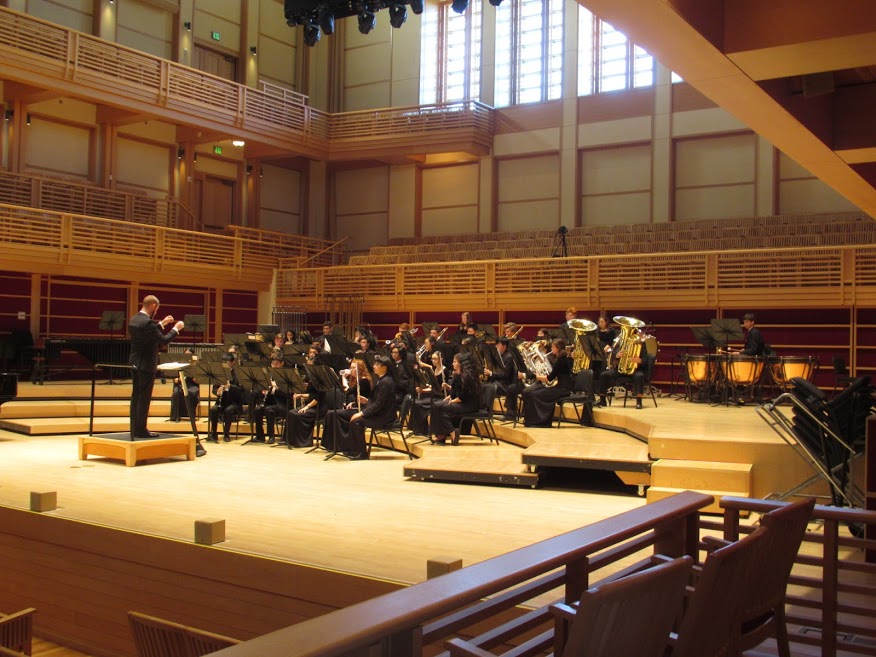 The group, which consisted of members of Cam High’s wind ensemble, symphonic band, and jazz band, left around 12:30 P.M. on Thursday and arrived back in Camarillo at around 7:30 P.M. on Sunday.

According to the Sonoma State University’s website “The Sonoma Invitational Festival is a non-competitive, non-rated festival, with emphasis on musical artistry and education.” The festival brought in top educators from around the world, including two professors from the University of British Columbia and Central Washington University.

There were fifty California high school bands and orchestras at the festival. Each participant had a thirty minute performance and was scored by a panel of judges in Weill Hall, one of the top performance halls on the west coast. Following their performance, the wind ensemble students attended a thirty minute clinic led by the orchestra professor of the University of British Columbia, Professor Jonathan Girard.

The band also attended a jazz clinic led by Professor Doug Leibinger, the Director of Jazz Studies at Sonoma State University. During the festival, the Cam High band enjoyed a performance by the university’s Symphonic Wind Ensemble and Symphony Orchestra as well.

In their free time, the students walked along the streets of Fisherman’s Wharf, explored nearby shops, and admired  street performances.

Mr. Daniel Cook, one of Cam High’s band directors, said the highlight of the trip was seeing the San Francisco Symphony perform at Davies Hall. “The kids were really excited about it. It’s a really incredible hall and professional venue,” said Cook. Catherine Ibrahim, junior and trumpet player enjoyed the performance profusely.”It was absolutely beautiful. There was so much blended sound and it felt so surreal” said Ibrahim.

Both Ibriham and Audrey Gomes, junior and clarinet player, agreed that the highlight of their trip was spending time with their friends. “I ended up making a lot of close friends, and I felt very bonded with the band,” said Ibriham.

Cook believes the trip with the wind ensemble was a success and a good chance for students to gain new experiences. “To be able to allow students to tour a college campus, go meet professors, and learn about the majors helped make them aware of opportunities available beyond high school.”