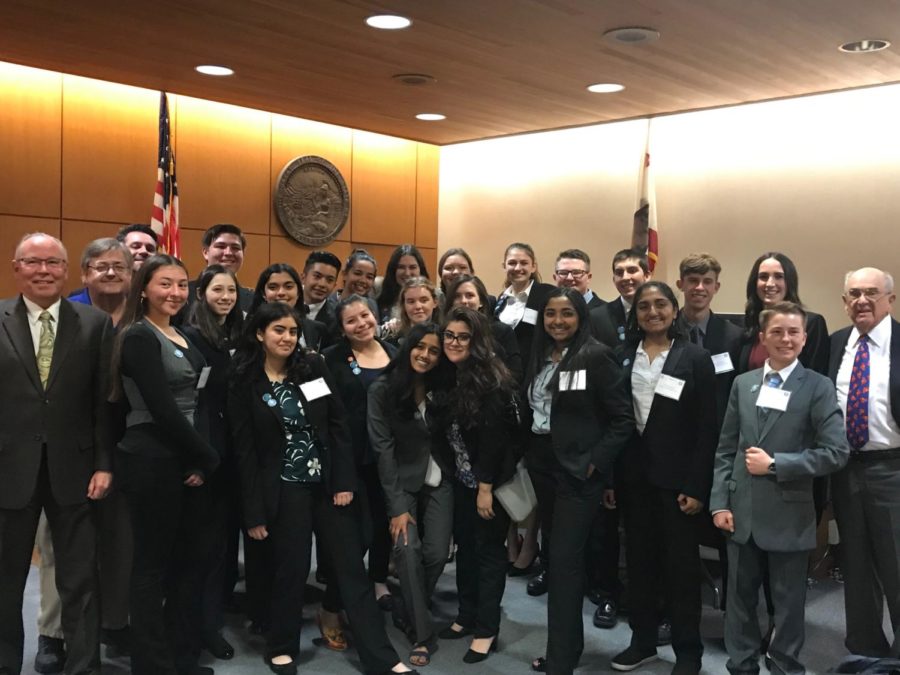 Mock Trial is an extracurricular and academic competition where high school students interested in pursuing careers in law enforcement or other legal fields can learn more about the legal system. An organization called the Constitutional Rights Foundation provides a fictional criminal case that all the schools use in the competition.

Students prepare and present the fictional criminal case before a Ventura County judge and a group of local attorneys, who score the overall performance of the team. Each team normally has a defense and prosecution team, which includes attorneys, witnesses, a bailiff, and a court clerk.

This year’s case involved a person making threats over the internet, and whether those threats are a clear danger or someone exercising their first amendment rights. The case was a “swatting case,” where a person deceives an emergency service (in this case, 911) into sending an emergency response team to another person’s address.

Cam High’s team made some changes this year, following the unfortunate loss of coaches. Mr. Shawn Near, Mock Trial coach, said, “We lost a couple of coaches from last year; we had one from a long time that passed away to cancer; we had a couple where their jobs prevented them from continuing. In the last four years, we had two teams, with 32 students total between the two teams. This year, because we lost some of our coaching staff, we went down to one team, at a total of 21 students.”

The next day in round three, the defense team lost to St. Bonaventure High School’s prosecution team; however, the prosecution won against Santa Susana Hobbes defense in round four.

Puja Malyala, junior and lead counsel for the prosecution team, said, “It’s amazing to see our six months of hard work pay off when we’re competing. We had many freshman on the team this year, too, and I was really impressed to see them transform into their roles even though it’s their first year competing.”

Near said, “It was kind of a transition year for us so there were worthy obstacles we had to overcome to make that transition. Transitioning back from two teams to one team [resulted] in half as many spaces on the team from last year, so that was a bit of a challenge, especially to try to bring in new people, to keep things going. I think, in the end, we overcame those challenges and we were able to build a good team that competed well, and I think they can hold their heads high.”