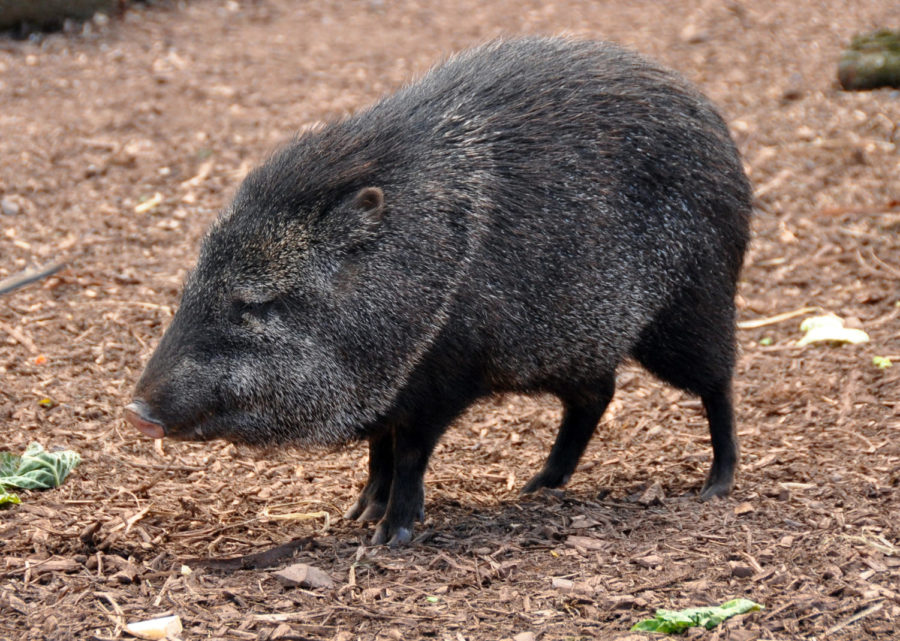 The collared pecary is among one of the species that could be put in danger by the construction of the new border wall.

As political figures in Washington continue to debate the effectiveness, morality, and cost of the proposed border wall, the issue of the effects on desert wildlife remains absent from discussion.

The wall along the US-Mexican border was originally proposed by President Donald Trump, and it would heavily interrupt the desert ecosystems as well as species’ annual migratory routes.

Political ideology aside, Trump’s wall is simply not worth both the financial and environmental costs. For instance, the number of immigrants apprehended at the border is down 76% from its peak in 2000 since majority of illegal immigrants are from overstayed visas rather than illegal border crossings.

Trump also claims that drugs are being smuggled across the border, when, in reality, most of the drugs entering America come from legal trading ports. Despite common belief, immigrants are less likely than native-born citizens to commit crimes, according to the Wall Street Journal. Hence, simply choosing to build the wall will not be able to solve all of America’s internal issues.

However, the wall will stop the movements of animals who traverse over the land when completing their annual migration routes. Sierra Club reported several examples of species who will be harmed by the wall. These include the cactus ferrunginous pygmy owl — a small bird that cannot fly over five feet above the ground — and the fastest land mammal in North America, the pronghorn.

Since the wall would be an unavoidable physical barrier, a process known as allopatric speciation will occur. Allopatric speciation is when two populations of one species become separated for so long that they become genetically different, classifying as two entirely different species. This can be destructive for certain species with low numbers, since the two populations would be unable to breed, and it is likely that many species would die off due to low numbers. Additionally, vital genetic diversity could be lost.

There are also species of animals that live in the border regions that rely on resources from both countries. For example, a pack of coyotes may hunt in an area north of the border, but get water from a stream in Mexico. A wall will interrupt the pack’s everyday activities and potentially result in death. Currently, observers have already spotted bison from New Mexico attempting to hop the border fence to reach water sources.

In recent decades, some species have been making remarkable comebacks from being driven out of the United States. These include the ocelot and the jaguar. The cats used to roam the Southwest, until they were hunted down and pushed into Northern Mexico. After years of conservation work, the species is finally migrating back to their northern homeland; but a wall would instantly halt this movement, ruining any chance of future expansion for a carnivore vital to a suffering desert ecosystem.

Illegal immigration is an issue that needs to be addressed, but constructing a wall will be disruptive to nature and is unlikely to remedy the controversial problem.