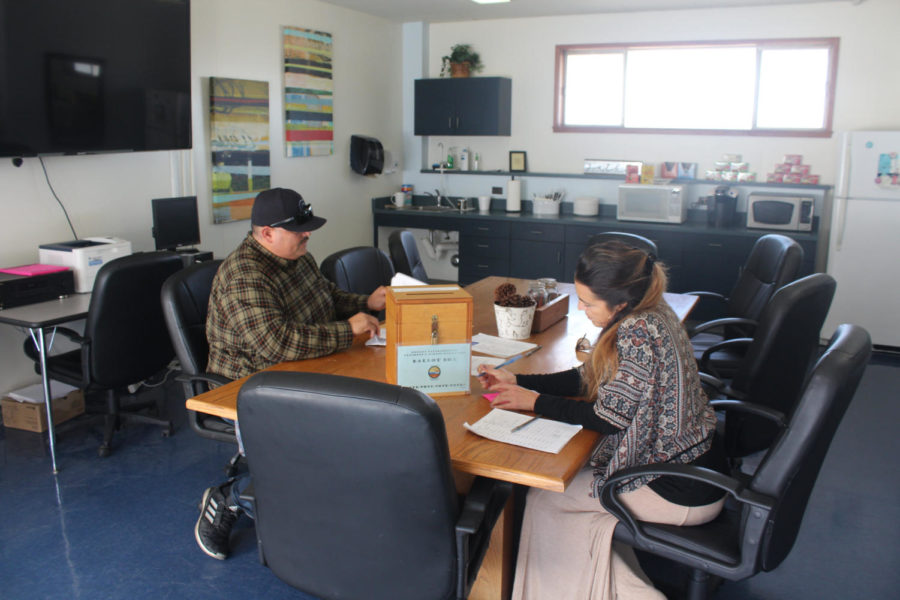 Ms. Tawney Safran casting her vote on whether to accept or reject the new OUHSD and OFTSE agreement.

Oxnard Union High School (OUHSD) certificated staff voted to accept the new Oxnard Federation of Teachers and School Employees (OFTSE) contract — which was proposed to OUHSD and agreed upon by both sides on Jan. 10, 2019.

The accepted contract was initially finalized on Dec. 19, 2018, before students and staff began Winter Break. The contract was voted for approval by a margin of 55.5% who accepted and 44.5% rejected.

A few notable changes were included in the agreement. First, is the addition of a “Ski Week Break,” a one week break that takes place during Feb. This will result in two days being added to the beginning of the school year and one at the end.

Kassandra Hawkins, Executive Director at OFTSE, said, “We don’t enter negotiations lightly. We always survey our current salaries, and create priorities for the negotiations. Our main goal is to recruit and retain qualified educators. Qualified educators means a better education for students, and that’s one of our priorities.”

The negotiations began in the spring of 2018, paused during summer, and then continued for about 12 sessions, or just under 5 months. Typically, OUHSD and OFTSE agree to a one or two year contract, but this year, the contract is a three year agreement.

The OFTSE negotiations team consists of: Eric Montijo, Carri McDevitt, Josh Chancer, Ko Tamura, Kassandra Hawkins, Rob Edison, and Wes Davis. All members of the team are from OFTSE, with the exception of Wes Davis, who is with the California Federation of Teachers.

In an email sent to OUHSD employees, Eric Montijo, OFTSE president, said, “It was great to see the voting process in action. Your Union Team has heard you and we will make every effort to come to your sites to hear your concerns. There was a perception among some of you that we were not being transparent. I, personally, will work harder to ensure that never happens again.”

The Stinger will continue to update this story as more details of the contract are unveiled.