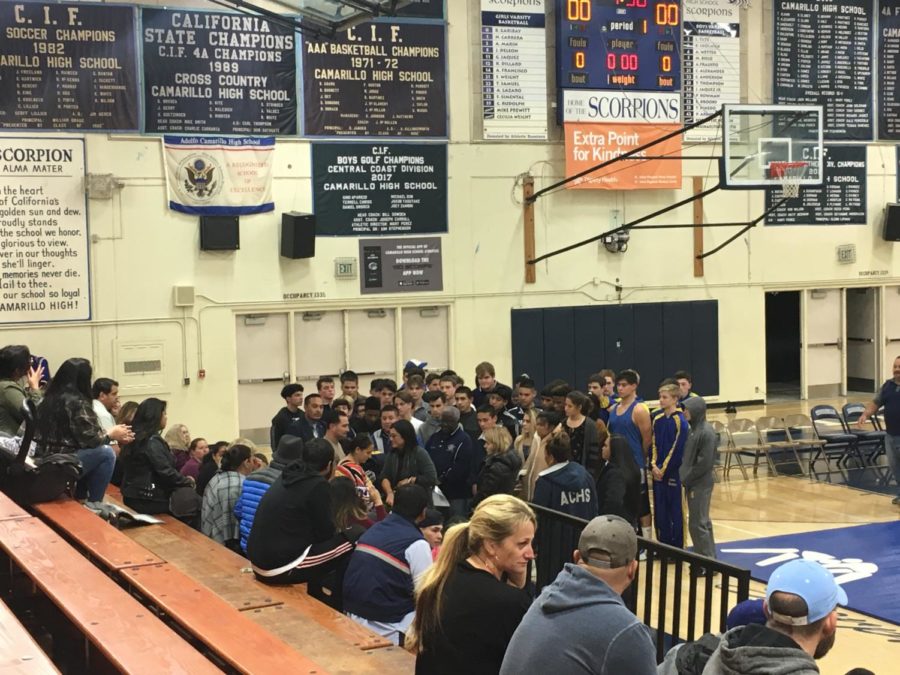 On Dec. 30, 2018, Gonzalez was killed in a four vehicle traffic collision on the southbound Highway 101 north of Ventura. The incident was reported at 4:30 A.M.

Gonzalez was born on April 6, 1996 in Oxnard, California. At the time of the accident, Gonzalez was 22-years-old.

When Gonzalez was in eighth grade, he started free-style wrestling and kickboxing. Gonzales pursued the sport, wrestling for Channel Islands High School for all four years of his high school career. He was on the varsity team for three of the four years. Gonzalez graduated high school in 2014.

For over a year at Rio Mesa High School, Gonzalez dedicated his time to acting as a mentor for the wrestling team, mainly due to his younger brother, Abraham Gonzales, being on the team.

Gonzalez started working as a campus supervisor at the beginning of the 2018-19 school year.

Gonzalez was described by family and friends as a hard-worker who dedicated his life to giving back to the community. They also described him as a natural-born leader.

A moment of silence was held for Gonzalez on Thursday, Jan. 10 at Cam’s wrestling match against Agoura High School. The campus supervisors presented the Gonzalez family with a bouquet of flowers and the wrestling team gifted the family a shirt signed by all the athletes. Channel Islands High School’s administration was present at the memorial along with Gonzalez’s wrestling coaches from high school.