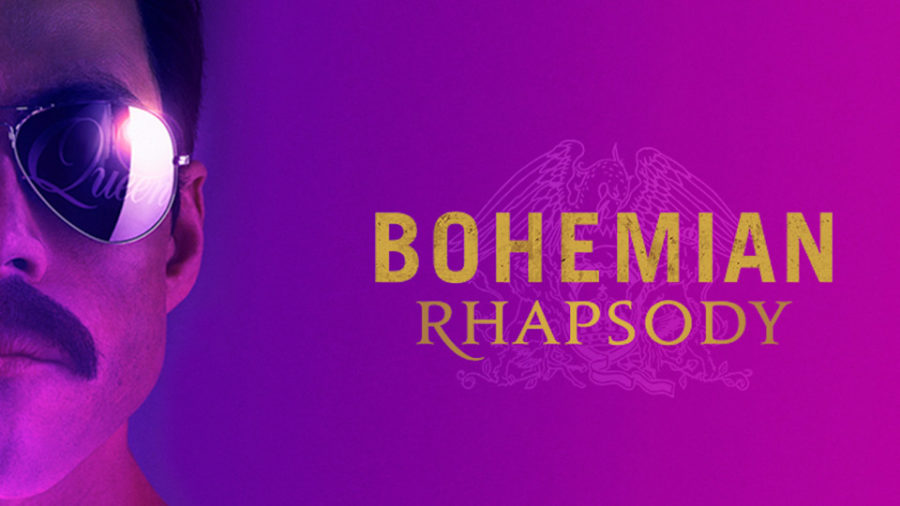 The movie poster for "Bohemian Rhapsody."

While the movie does not provide insight on Mercury’s childhood, viewers get to see how Mercury’s life played out following the formation of Queen, an influential band in the 1970s and 80s. The band’s eccentricity in style and music was captured by the actors who played the members of the band.

Actor Rami Malek was the perfect fit for Freddie Mercury. As Mercury gained popularity, fame consumed his life, and Malek showed Mercury’s downward spiral through flawless, gut-wrenching acting. In the film, fans ruthlessly questioned Mercury about his sexuality — which he did not want to be public knowledge — and viewers can clearly see how uncomfortable and frustrated Mercury was thanks to Malek’s portrayal.

The movie showed how fame put a strain on Queen, leading to tense verbal arguments within the group and an eventual breakup. During those tense scenes, I could feel the heartbreak Mercury and his band members suffered through and I sympathized with each character.

Aside from the plot, the music was my favorite part of the movie. Whenever Mercury would sing, my friend and I would join in. I absolutely loved hearing him sing “Bohemian Rhapsody” when the movie recreated Queen’s Live Aid performance.

The song in which the film was named after, “Bohemian Rhapsody” has recently re-entered the top 100 songs in Billboard’s music charts. As a fan and daily listener of Queen’s music, I was not disappointed with the film’s inaccuracies, instead, I was pleased to see Mercury’s life celebrated. People born during Queen’s generation will definitely feel nostalgic from watching this film, and I highly recommend it.