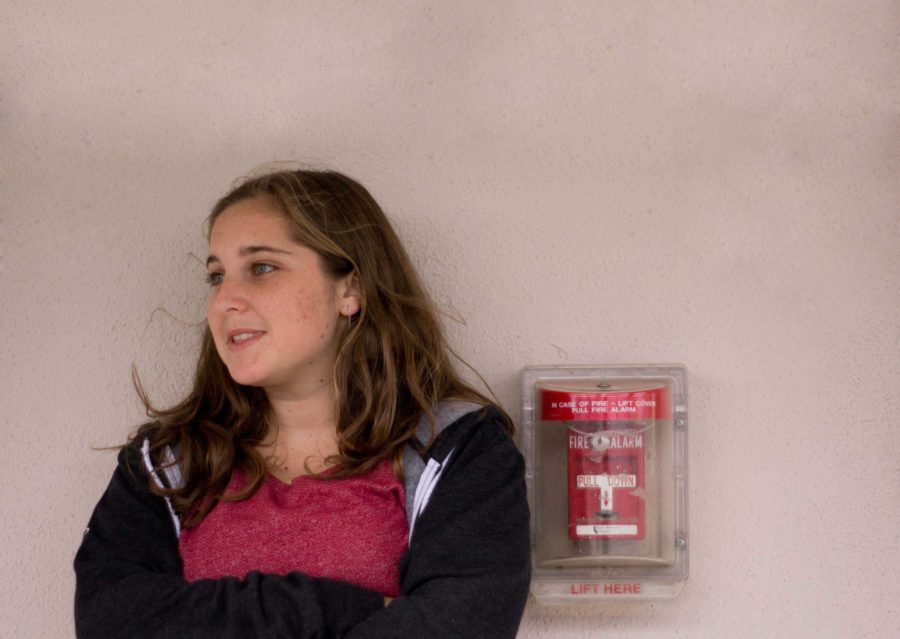 Tari Kurman, senior, standing next to a fire alarm along the D wing.

Cam High student’s lunch break was disturbed by the sudden ringing of a fire alarm on the afternoon of October 7th- and it kept on ringing.

“The fire alarm was caused by a faulty control panel,” said Mr. Glenn Lipman, Cam High principal. “It was a mechanical error.”

The electric malfunction of the fire alarm caused much confusion during the normally peaceful lunch period.  At first, it was not clear whether the alarm was merely a drill or incited by a real fire. Devin Cooper, senior, said “I was sitting behind the piano when it happened. My first reaction was to get everyone out of the band room. I just wanted everyone to be safe.” However, after the alarm continued to ring at random intervals, he was “stuck between laughing and being annoyed.”

Few students seemed to follow the actual school procedure for when a fire alarm is triggered. Whether this is because students did not know where to go or simply did not care enough is uncertain. “If there is ever a fire alarm during nutrition and lunch, students must report to their homeroom,” said Mrs. Alexis Ortiz, assistant principal at Cam High, who is responsible for school facilities. Each classroom is equipped with a laminated evacuation map and a backpack of emergency supplies.

According to the Schools Insurance Authority, fire drills are required to be conducted twice during the school year for 9th – 12th graders. The number of drills are expected to be higher for the 2013-2014 school year, following the standards of The Great California Shakeout, a statewide public-private-community partnership aiming to raise awareness for earthquake safety. Over 9.2 million participants are registered.

“I think we should be doing as many drills as possible,” said Mrs. Mary Harris, Cam High’s school nurse. “The more prepared we are, the better… for the whole community.”