The Importance of Valuing Hispanic Heritage 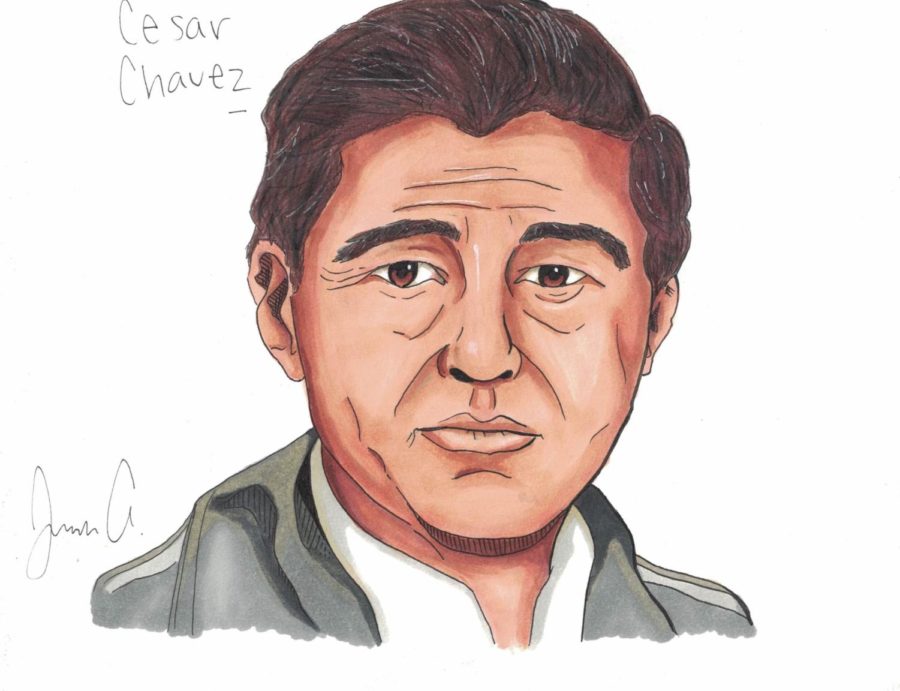 Artwork by: Jonah Arellano. Portrait of Cesar Chavez, a Hispanic icon who fought the injustice against Hispanic farm workers during the 1960's to the 1990's.

The months Sept. and Oct. are dedicated to appreciating Hispanic culture, and 2018 marks the 30th year anniversary of this holiday’s establishment.

At Cam High, some students and teachers enjoy the idea of celebrating the month. Julissa Herrera, sophomore, said, “I think that Hispanic Heritage Month is important because we can embrace our culture and bring our community together. I love Hispanic food and languages — they’re two things that represent who I am.” Within these 30 days, people can observe Hispanic culture as well as recognize the impact and contributions of Latino figures.

Ms. Elisabeth Ruiz, Spanish teacher at Cam High, believes that Hispanic people deserve recognition. “Many immigrants have two to three jobs when they come from their country. When they come from their country to here, they have to get anything they can. They fight because they are not in the position of getting a good job because of [their citizenship] status. They are really hard-working people and need to be celebrated,” said Ruiz.

Ryan Dangcil, senior, said, “It brings pride to my relatives and to myself as well. Americans need to understand that there are Hispanics out there undergoing tough situations as minorities. Dedicating Hispanics a month is important….”

There are still biases against Hispanic people, and they can be targets of hate and discrimination. “Growing up, I sort of had to learn both English and Spanish… being a part of this society essentially eliminated my need for speaking Spanish. A few years back I was a Mexican boy in a majority White school, and I was bullied a lot for it — not only for being Mexican but also because I stuttered… they would harass me about it and I would get jumped by a group of kids every day,” said Cuevas, who is proud that his Hispanic heritage is being celebrated rather than ridiculed.