A Production in Motion at Cam High 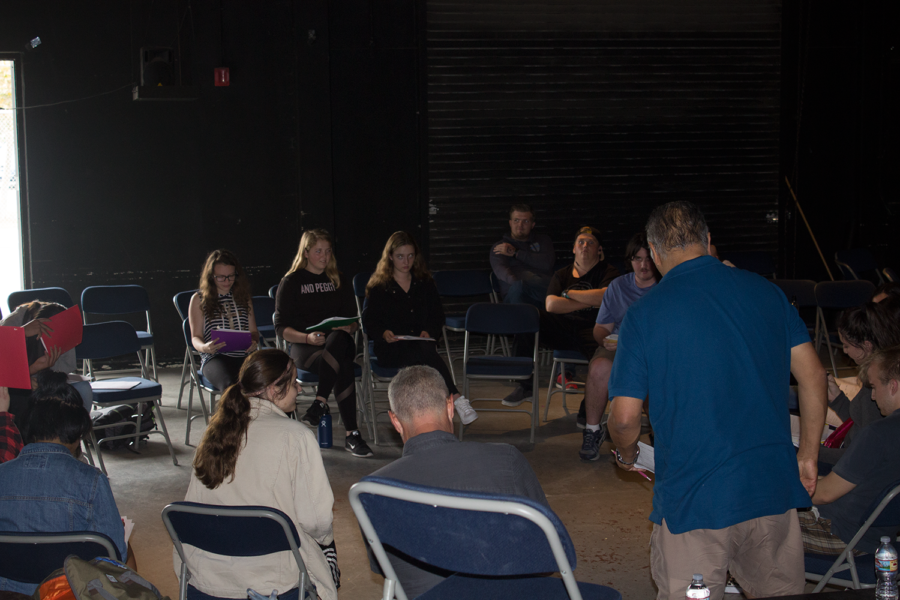 This year, the drama program has two teachers, Mr. Joe Alba and Mr. Daryl Myers. Myers is a new addition to the staff and also teaches English two. Alba has been teaching drama at Cam High for two years and he teaches Special Education classes as well. The co-teachers are making changes to the drama program, including the construction of a new stage.

At the start of this school year, Jesus Cervantes, head of maintenance, family members’ were hired to work on the construction of the stage. The stage was finished within a week and a half after school began. “They did a great, great job,” said Alba.

The new stage was paid for by the Oxnard Union High School district and was previously pushed for by the former drama teacher, Ms. Stephanie Vicente, who said that the old stage was unsafe for students.

At first, Alba was skeptical about whether the district would approve of the construction and follow through with it. “We had our doubts whether it would get done,” said Alba.

“I think we’re gonna be able to do more with [the stage], especially because our next production is a musical, and there’s going to be a lot of movements,” said junior and drama student, Crosby Unseth.

However, while the stage was being built, the drama program could not work on their musical in an official setting, so Myers and Alba decided to introduce theater games to improve students’ acting skills. Alba said the delays were not as bad compared to last year when time was lost due to the Thomas Fire.

Unseth said, “It’s fantastic, although the production so far has been slow, we finally figured out who’s been cast for what, and we’re ready to prepare.”

The co-drama teachers are satisfied with the class’s current progress and the pace at which they are moving. The program plans to have at least two productions done by the end of the school year. This will be Alba’s first time directing a musical at Cam High.

Nerri Edejer, senior, said, “[Drama has] been really good. With the new people it’s really fun, I feel like we’re close, and active in the class now.”

Myers and Alba have not set an exact date for when the musical will premiere, but they are estimating that it will be ready in Dec. “You can’t rush art, and it depends on the cast,” said Myers.