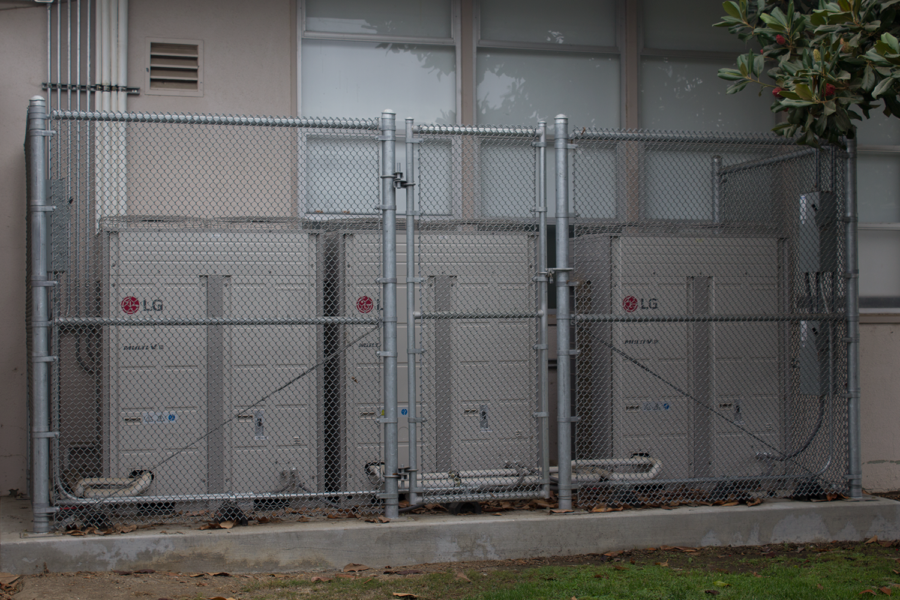 Oxnard Union High School District voters recently passed Measure A, which grants $350 million to the school district — allocating money for Cam High to install air conditioning (AC) units in all classrooms as well as providing funding for other projects.

“We did a really quick campaign, but it was a lot of work,” said Stephenson, “We met as a committee, walked neighborhoods, and did press releases.”

According to Stephenson, the district worked on the approval of the bond for five to six months.

“We’re just really grateful it passed so we wouldn’t have to do it again,” said Stephenson.

Of the $350 million, about $46 million will be set aside for other projects. A document, provided by Stephenson, detailed a list of the various projects, which includes a new snack shack, turf for the field, lighting improvements, drainage improvements, and building renovations. AC installation is one of the top priorities.

When asked about why he wanted AC, sophomore Craig Abbott , said, “It is way too hot in classrooms and it is hard for me to focus.” Abbott also said that after physical education, he has no way of cooling down in his next class.

Last year, school began with nearly a full week of heat days due to the lack of AC in classrooms. Heat days are minimum days caused by unusually high temperatures. This contributed to a loss in instructional time, one of the main reasons why the administration has become focused on installing AC.

“It was really difficult. The whole community felt like they were playing catch up all year,” said Stephenson in regards to last year’s heat days.

However, the school’s electrical infrastructure will require an upgrade in order to handle the influx of power needed for AC. According to district Energy Conservation Specialist, Mary Anne Larrieu, Cam High needs upgraded windows and doors to comply with the district’s building efficiency standards. The bond money will cover the costs of infrastructure improvements.

While the power costs due to the use of AC are currently unknown, the number is expected to be significantly higher. Stephenson and other members of the administration have discussed the possibility of adding more solar panels to the school’s roofs to cover the increase in power costs. According to Larrieu, the current solar panels cover about 30% of the total energy consumption of 1,100,000 kilowatt hours annually.

“[The installation of solar panels] would certainly help offset the increased energy costs. The school board makes these types of high-level decisions about whether to invest in renewable energy or other priorities that benefit our students,” said Larrieu.

Over the last eight years, the district has saved over $3,300,000 through energy conservation efforts.

All AC units are scheduled to be fully installed by Dec. 2019.