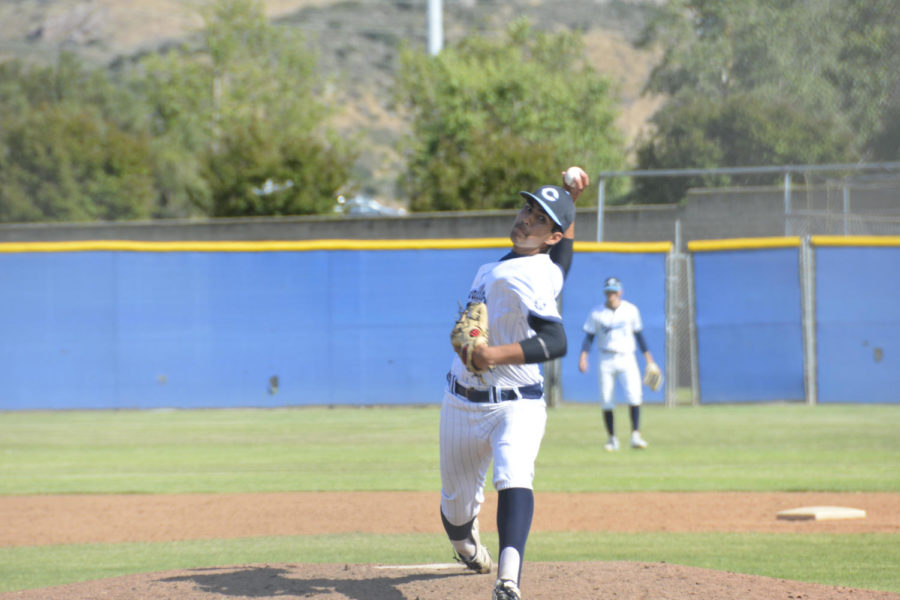 Cam High’s varsity baseball team has been triumphant this season, resulting in the team’s advancement to the Semi-Finals in the CIF Division II Baseball Playoffs.

The 2018 spring baseball season can be labeled a success compared to some of the team’s prior years. This year, the baseball team made it the furthest they have gotten during the CIF season since the year 2007, when Cam’s varsity baseball team was the runner-up in their division. However, this year’s season began with different circumstances: the team suffered the loss of a fellow teammate.

Last summer, varsity baseball player, John Parrott, passed away, and his passing deeply affected the baseball players who consider one another to be as close as family.

“The main motivation of our season was John Parrott… he gave us something to play for,” said varsity baseball player and junior, Nick Wolfrey.

The season was primarily about remembering and honoring Parrott, according to junior and varsity baseball player, Ryan Ramirez. The team honored Parrott by playing well and ultimately winning a majority of their games, all in his name.

Parrott was an integral part of the team, and he will not be forgotten. “He was always joking around and putting a smile on everyone’s faces,” said Ramirez. “He would have been a good pitcher, but he will always live forever in our hearts, and his memory will never be forgotten,” Ramirez added.

Additionally, the varsity team honored Parrott by placing his initials on both their jersey and caps, and each team huddle was broken by yelling his initials, JP, before every game.

In the CIF quarter-finals, the Scorpions received a well-earned victory against Sierra Canyon High School with a score of 6-0. With a difficult single-elimination style CIF bracket, making it to the semi-final round was celebrated by the team. “We got to play with each other longer, and it is a great team” said junior and varsity player, Drew Carter.

Prior to the CIF season, Cam High’s baseball team won the Coastal Canyon league title, which Cam High has not earned since the spring 2014-2015 season, a total of three years ago. Their league season consisted of a 9-3 record, including a total of 212 runs and a 0.813 winning percentage.

The season was filled with many victories, and came to a close with a 26-6 overall record after it was cut short due to the loss against Beckman High School (Irvine) in the CIF Semi-Finals.