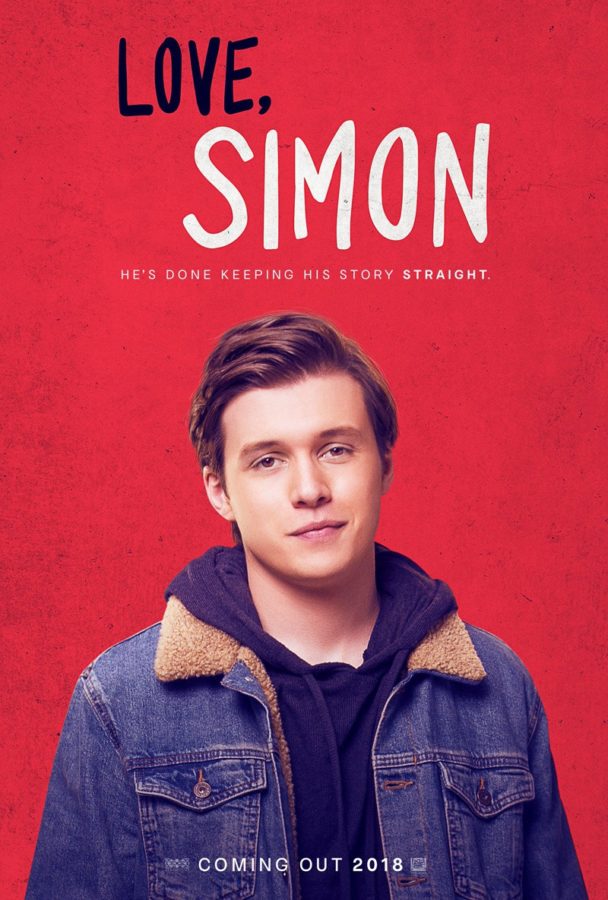 Starring Nick Robinson from Everything, Everything and Katherine Langford from Thirteen Reasons Why, Love, Simon, directed by Greg Berlanti is a heartfelt teen romantic comedy that promotes self-confidence regardless of one’s sexual orientation.

Based off the Young Adult novel, Simon vs. the Homo Sapiens Agenda by Becky Albertalli, Love, Simon, centers on the story of a gay teenage individual named Simon Spier who conceals his sexual orientation and keeps it as secret from society. Unknown to both his family and friends, Simon engages in an online relationship with a boy named “Blue” and uses the pseudonym “Jacques.”

Simon’s reason of choosing his false identity as “Jacquees” may be due to the name’s reference to “Jacques a dit,” which means “Simon says” in French. Hence, the pseudonym can be an implication that although Simon is too afraid to blatantly reveal his secret, he still wishes to connect his identity with his secret.

The romantic comedy portrays the influence social media has over teens’ opinions towards their peers. Love, Simon also explores the comforts of close-knit friendships and praises feminism through the self-assertions the main female leads display throughout the movie. Moreover, as a coming-of-age story, the film captures the incomparable beauty of falling in love for the very first time as well as the accurate portrayal of the emotions young teens may experience when they do so.

The film’s soundtrack that includes the artists: Khalid, Troye Sivan, Normani from Fifth Harmony, The 1975, and Bleachers presents an array of upbeat pop jams that contributes to the poignant, yet funny vibes that the film aims to present to the audience.

With an intimate blend of family and friends, the film presents an individual’s decision to take his first tentative steps towards a type of love that has long been denied within society and encourages audience members to proudly embrace their sexual orientation, regardless of if their family, friends, or social norms pressure them to do otherwise.