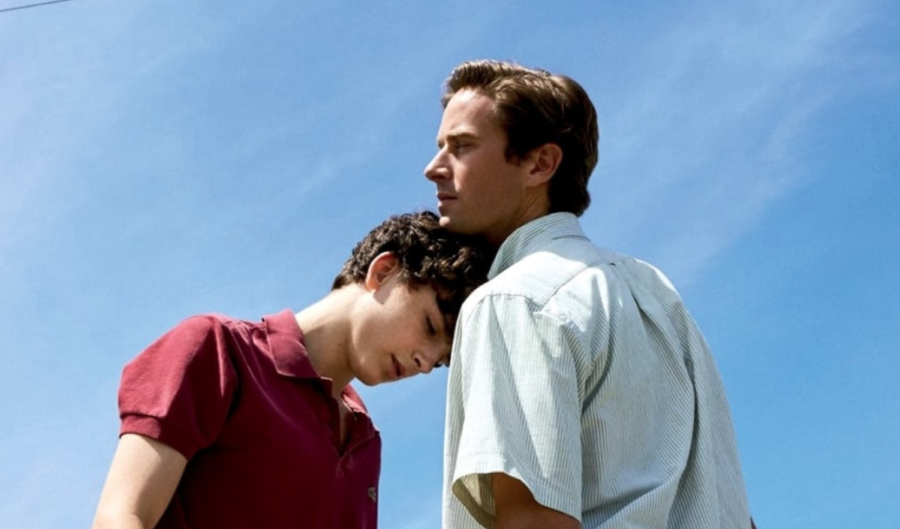 Call Me By Your Name out now in select theaters.

Call Me By Your Name, directed by Luca Guadagnino, is set somewhere in northern Italy in the summer of 1983.

The film is a transcendent gay love story, depicting the heartbreak and excitement in a relationship. At its core, it follows the journey of two blooming lovers.

However, this summer he met Oliver, his father’s intern. Oliver sent him through a roller coaster of emotions including annoyance, ecstasy, excitement, and love. Played by Armie Hammer, Oliver is an American graduate student who stays with Elio’s family in their villa. Once Elio and Oliver get to know each other, they become inseparable.

Throughout all of these scenes, Guadagnino is able to display the raw beauty of Italy’s vast landscapes. The film captures Italy’s vivid colors, rich luscious foliage, and the warm heat of summer beating down on the characters.

The romantic nature of Italy, as well as the warm color palette Guadagnino utilizes throughout the film, produces a setting of a pristine summer where nothing could go wrong.

Once Oliver and Elio open their hearts to each other, Chalamet beautifully captures how every blooming gay teen feels in this situation. Even though he’s kissed someone before, it has never been another male. From every last body movement and facial expression, he shows how dumbfounding and overwhelming it is when you finally meet intimacy with your preferred sex.

The latter part of the movie contains the most heart wrenching performances and is the highlight of the two hour film. Through every scene, Chalamet captivates every single viewer’s emotions, leaving the audience full of red, swollen eyes.

Mr. Perlman, played by Michael Stuhlbarg, delivers viewers with the most astounding monologue from all of 2017.

“‘In my place, most parents would hope the whole thing goes away, or pray that their sons land on their feet soon enough,’ Mr. Perlman says. ‘But I am not such a parent.'”

While Elio was harboring his love and emotions, his father continues to give him unconditional support.

What makes the film so remarkable is the context. In 1983, it would be almost unheard of for a parent to openly support their son in such a way.

The film undeniably grew to be one of the most extraordinary in 2017, due to the message it sent to viewers during Stuhlbarg’s monologue. Guadagnino offers queer teens all around the world traditional, well-written love stories in another light than heterosexual relationships.

Nominated for four Oscar categories, including Best Picture, the film left its mark on critics and viewers alike.

Call Me By Your Name captures the essence of fleeting love through the sensuality and excitement of summer. However, every summer must always come to an end.