Second Largest Protests in Iran after the Green Movement 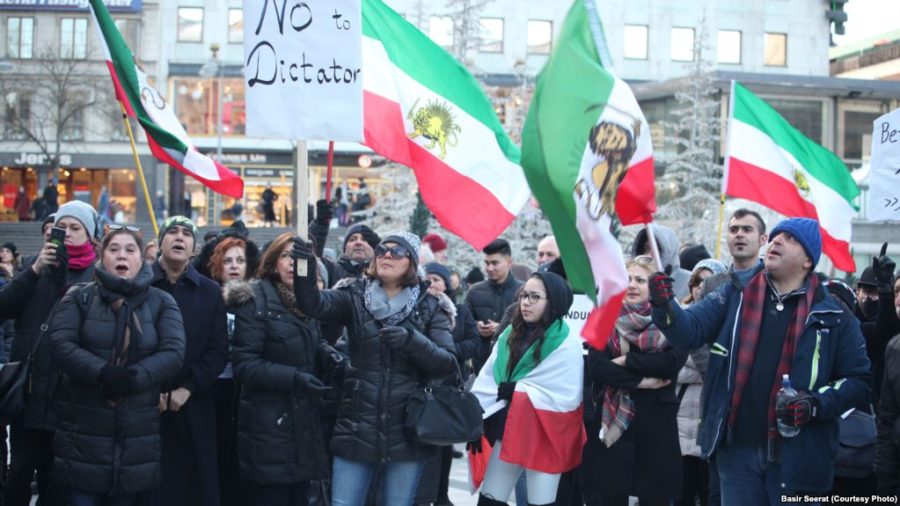 According to CNN, an estimated 3,700 people — including 40 to 68 students — were arrested in the raging protests that occurred in Iran on Dec. 28.

At least 21 people were killed, many deaths resulting from various security forces attempting to subdue rallies. Iranians began protesting the country’s stumbling economy that resulted in the rise of the cost of living and eventually protesters targeted government leaders.

Citizens have become increasingly angry as the economy in Iran has been deteriorating, causing fuel and food prices to rise. According to an article written in the New York Times, Prices of food staples have risen about 40 percent and poultry, which is very important in the diet of Iranians, has also increased in price.

With the election of President Hassan Rouhani, the country predicted an improving economy, but inflation has not been brought down as expected.

The protests originated in a northeast city called Mashhad, Iran’s second largest city, and expanded to be the largest protests seen since 2009. Kermanshah and Qom had demonstrations on Dec. 29. According to aljazeera.com, Kermanshah’s protests required police to stop the destruction of private property, while Qom’s shouted slogans such as “death to the dictator, [Supreme Leader Ayatollah Ali Khamenei].” Students attending the University’s in Tehran were arrested during the protests in Tehran and administrators are still attempting to find the whereabouts of these students.

Anti-government protesters communicated through the use of Instagram and Telegram, as well as numerous other social media platforms, until the Iranian authorities blocked access. Dates and times of upcoming protests and some current protests were uploaded on Instagram in Persian, the official language spoken in Iran. Iranians utilized Telegrams by sending instant messages to one another in regards to the protests.

The internet has been occasionally cut off in certain cities that have experienced riots and demonstrations. Twitter and Facebook have been banned as a result of protests in 2009 and authorities have not specified if the restrictions on Telegram will be lifted.

Iran relies heavily on exports, specifically oil and gas, but fiscal and monetary restraints on Iran’s Central Bank and oil exports have significantly hindered income and resulted in forced spending cuts, as well as a loss of value in the country’s currency. Additionally, according to the US Central Intelligence Agency (CIA), the economy suffers from a severe unemployment rate of 12.5 percent (as of 2016) and a large majority of young educated Iranians are seeking jobs overseas.

On the other hand, on Wednesday Jan. 3 women, Shiite clerics, members of the military, and citizens held pro-government rallies all through cities and towns, including Ahvaz, the capital of the province Khuzestan. According to ABC News, Tens of thousands of people attended to show their support for the Iranian government. Majority of the unrest was blamed on Saudi Arabia and the United States.

The President of the United States, Donald Trump, has been discussing undermining the Iran Nuclear Agreement that unfroze the assets of Iran, which Trump does not have the authority to decide. Due such discussion, the people of Iran have now become untrusting of the United States. Saudi Arabia and Israel have been accused by Supreme Leader Ayatollah Ali Khamenei of planning and fueling the unrest.