An Overdose of Pharmaceutical Waste 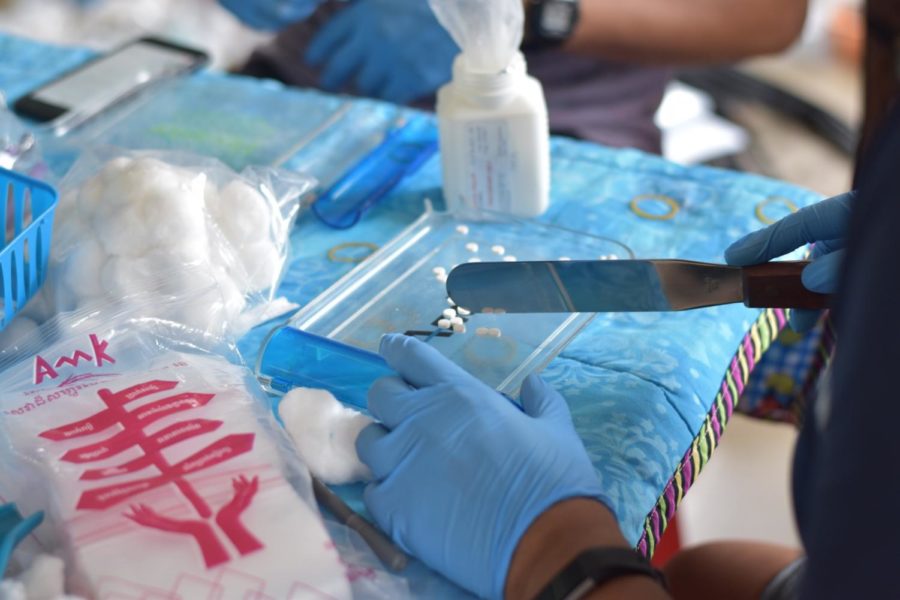 The Ventura County Sheriff’s Department offers a program that allows citizens to properly dispose of old, unused prescription drugs that are frequently removed from homes incorrectly. At Cam High, this service is extended to teachers in order to keep prescription drugs away from children and wildlife, a continually growing issue.

“The amount of leftover and expired medications in American homes is significant—estimated at 30-40% of all medications sold,” states the National Association of Clean Water Agencies (NACWA).

Cam High’s nurse Mary Harris collects teachers’ expired or tainted prescriptions over the span of a week and delivers them to the Sheriff’s Department. “[The] biggest benefit is keeping them out of the hands of younger ones [who] might think that they are colorful, [gravitating their attention to] them. [Or] our older ones [can ingest them]. It is to the point where kids don’t even know what they are taking, they just take it and decide to see how they are going to react to it,” said Harris.

When children take medications not intended for themselves, sizable harm can occur since prescription drugs are tailored to the specific needs of a patient that sometimes do not apply to others. Furthermore, wildlife that scavenge through trash, like bears and raccoons, are susceptible to harm, as well as fish and water ecosystems exposed to wastewater and run-off.

A drop off method is one made into a white mailbox inside the Ventura County Sheriff’s Department on Las Posas Road. No forms are required, directions are given, and the process is quite simple: drop your plastic bag of medications in the mailbox.

If a citizen is unsure about the nearest disposal location, the U.S. Food and Drug Administration’s (DEA) website answers any questions and provides information to the public on available medication take-back arrangements near by. Some local law enforcement agencies will provide a Drug Take-Back program, similar to the one Ventura County offers. Community programs are also periodically set-up by the DEA. However, despite these numerous efforts, drugs are still being found in aquifers and other water filtering sites.

“This rule provides three voluntary options for ultimate user disposal: (1) Take-back events, (2) mail- back programs, and (3) collection receptacles. The rule also does not require ultimate users to utilize any of these three methods for disposal of controlled substances. Although the three methods of disposal allowed by this rule seek to help protect the environment and prevent controlled substances from being diverted to illicit uses, this rule does not prohibit ultimate users from using existing lawful methods,” says the Secure and Responsible Drug Disposal Act of 2010 enacted by the DEA. Since the options provided are voluntary, many users do not take advantage of them, causing landfills, garbage cans, and water sources to receive large amounts of discarded medications.

Federal guidelines instruct the consumer to dispose of their drugs in the following ways (if the user is not using any of the three services administered): putting the drugs in a sealed bag among dirt, cat litter, or coffee grounds or, in extreme cases— if involving a lethal and fatal medication to anyone other than the patient— immediately flushing them down the toilet.

However, the most popular method of flushing causes multitudes of problems for the surrounding environment, due to the fact that medications dissolve in freshwater and the water becomes hazardous to the fish as they take in the contaminated water to breathe. This can cause disruptions in breeding and eating, which in turn, affects the food chain.

Pharmaceutical waste causes an immense amount of detrimental environmental and human impacts that drug users are often unaware of, but people like Nurse Harris are calling attention to this issue, in hopes to remedy the situation.