A Day of Heritage: A Brief History of Cinco de Mayo 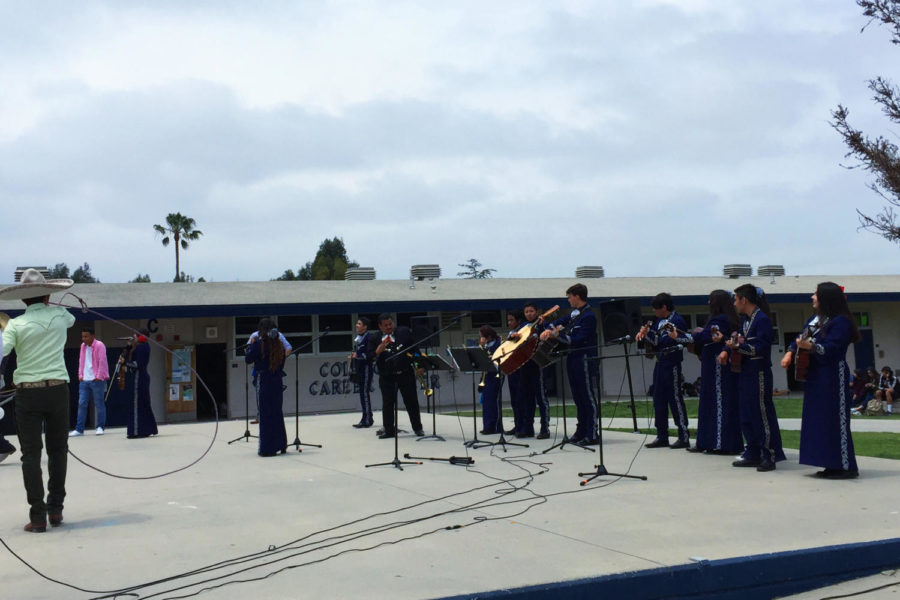 Cinco de Mayo has a rich history, rooted in Mexico that has now spread into the melting pot of the United States culture. As the day approaches, the story of the fifth of May is brought into the spotlight.

In the United States, Cinco de Mayo commonly misconceived as Mexico’s Independence Day, commemorating the events of Sep. 16, 1810- the Cry of Dolores that initiated the war of Mexican independence from Spain.

Cinco de Mayo instead celebrates the Battle of Puebla, when Mexico defeated a much larger French army.

In Mexico, the commemoration of the battle continues to be mostly ceremonial; however, in the U.S., the date is now associated with the celebration of Mexican-American culture. On Friday at lunch, Cam High ASB put together a Cinco de Mayo festival in the quad. Included in the festival were taco and churro stands, two lasso ropers, the Cam Mariachi band performance, and photo booth held by the Spanish Club.

“The Mariachi band played a few songs,” said Abigail Urzua, senior who plays guitar for Mariachi. “I enjoyed it […] I was nervous because I was put on the spot when we added three extra songs.”

“I thought [the festival] was very cool,” said Yvette Gaytan, senior of Mexican descent. “It was very festive and true to the culture.”

Modern customs surrounding the holiday aside, Cinco de Mayo is rooted in the French occupation of Mexico, which took place in the aftermath of the Mexican–American War and the 1858–61 Reform War. These wars left the country nearly bankrupt, forcing the president of the time, Benito Juarez  a suspension on paying foreign debt for two years. France, Britain and Spain sent naval forces to demand reimbursement resulting in successful negotiation for Spain and Britain, but France decided to take advantage of Mexico’s weakness.

Late in 1861, a well-armed French fleet stormed Veracruz, landing a large French force and driving President Juárez and his government into retreat. The 6,000 man army then pushed forward to face a much smaller 2,000 man Mexican army in the city of Puebla.

The euphoria of victory was short lived, when a year later the French army, now 30,000 in number, were able to defeat the Mexican army, capture Mexico City, and install Emperor Maximilian I as ruler of Mexico.

But this does not spoil the importance of the day. The Battle of Puebla increased national morale for managing to win against a much larger and better equipped French army, that had not been defeated for over 50 years. In addition, since that battle, no country in the Americas has subsequently been invaded by any other European military force.

Within today’s community, there are many different ways that people celebrate the day. “My family throws a little party every year [for Cinco de Mayo],” said Gaytan. “We make traditional foods, but mostly it’s just an excuse to party.”

“All my aunts and uncles come over with my cousins to make food and be together,” said Pablo Martin, senior. “My mom makes the best horchata and sometimes we go to Fillmore to set off fireworks.”

But most of all, Cinco de Mayo serves as a day for the community to celebrate Mexican culture and heritage. “I am very proud to represent my father’s home country and that everyone is aware of what is important to our culture,” said Urzua.