Rolling Into Spring With A New Beat 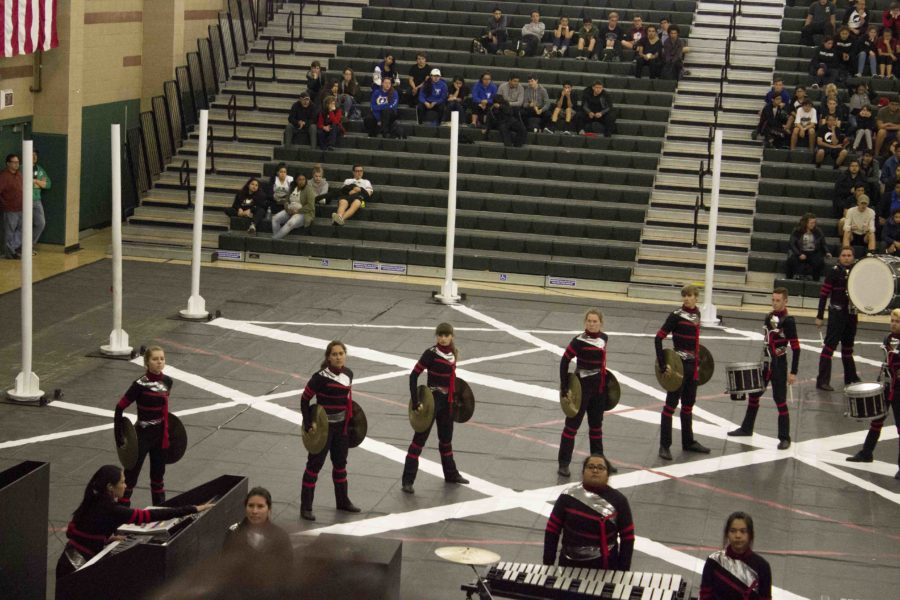 Cam High musicians are known to flood the field at half time during football season, encouraging players to fight to the end, and even putting on the occasional pep band performance at basketball games. But not many know about what goes on for these people when the season of Friday night lights come to an end- the music does not stop, it transforms.

During the winter months, those with a passion for percussion and the desire to perform can join Winter Drumline, or “Winterline,” a spring, performance-based subsection of the music program at Cam High that is separate from the marching band. “I started drumming when I was really young so when I joined band I knew that was what I really wanted to do,” senior Daniel Gallardo, who started his sophomore year, said. “People were talking about a program that was focused on just percussion and drums which was my favorite part so I decided it would be fun to try that program out.”

The program is not for just drums, but many different percussion instruments. The marching instruments that carry over to this program and are in motion on the field are snare, tenor, and bass drums, along with clash cymbals. There is also a section of percussionists, called the Pit, in the front ensemble that play stationary instruments such as marimba, drum set, timpani, xylophone and more.

Senior Omar Reyes, Winterline captain this season, is most excited for the production value of this season. “This is the first year we have a story to our show and personify a character as opposed to an idea […] we actually have direction,” he said.

Winterline does not perform concerts like the traditional concert bands, but instead compete in the Southern California Percussion Alliance (SCPA) circuit on almost every Saturday during the spring season. This year they will compete in a total of five competitions and participate in five all-day rehearsals on either a free Saturday or a day off of school.

The team practices on Monday and Thursday nights from six to nine. “Every [practice] has to be better than the last,” said senior Natalie Sheehan. “You have to make every note count, and practice like it’s the actual performance,” she said.

Recently, the Cam High Winter Drumline has transformed into a more driven force according to Mr. Daniel Cook, head of the Music department and director of the band.  Mr. Phil Idel is the newest instructor that specializes in the front ensemble. “I’m really excited for this season,” said Idel. “We all have high hopes and I want to see the kids succeed.”

“I noticed that this year everyone is a super hyped, super excited, really happy team,” said senior Eleana Brumage.

On Feb. 25, the Winterline took second place at Damien High School, out of 17 other competitors. Cam High scored 75.35, tailing just behind the first place score of 75. With the help of the new instructor and a revamp of the program’s music, the students strive for a place at championships. “They missed second place by five one hundredths, but they didn’t take it as a loss. It was just a jumping off point,” said Cook.

Winterline’s next competition is the SCPA prelims on Apr. 8, which will be held at CSU San Bernadino. “In this gig, you’re really your greatest critic,” Reyes said. “So you just have to let them know their potential. Once you get out on that floor, you can’t have any doubt, otherwise the judges will see right through it.