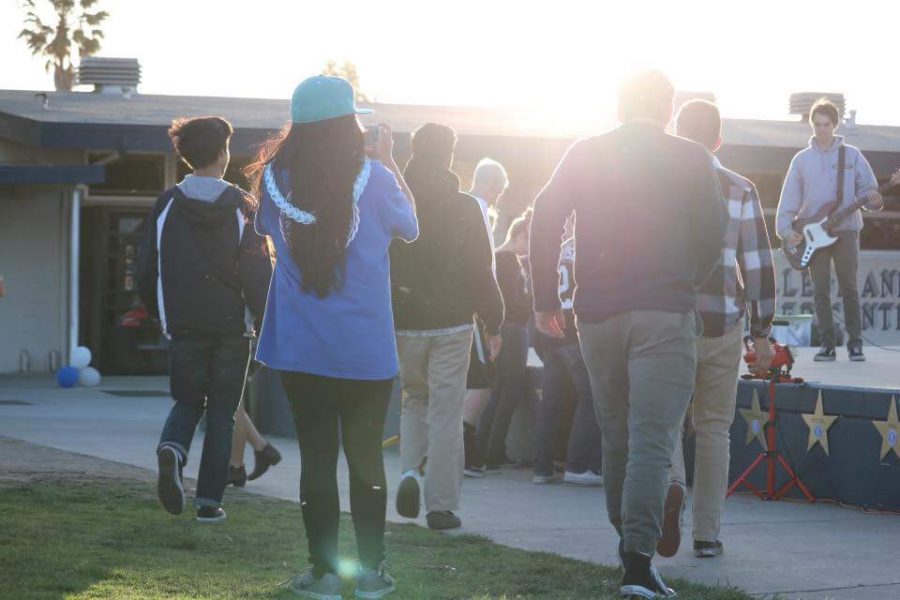 Singers, rappers, and even a yo-yoer performed in the quad last Friday from 6 to 9 P.M. at Cam High KIWIN’S fifth benefit concert.

MNT (maternal neonatal tetanus) is caused by bacterium entering the body and releasing a toxin that attacks the central nervous system. Symptoms include muscle stiffness, sensitivity to light and touch, and painful convulsions.

“MNT claims 60,000 victims each year, most of them mothers and their children,” said Justin Lieb, sophomore and president of Cam High KIWIN’S. While the disease is often fatal, it is also preventable through a vaccination that costs approximately $1.80. Given in a series of three shots, the vaccine can protect the mother and all of her succeeding children, said Lieb.

“Many can’t afford the little amount of money it takes to prevent it, so we try to raise awareness and money for the cause though the benefit concert and coin collections,” said Kathleen Dempsey, junior and senior class representative for KIWIN’S.

Junior Shing Ou, lieutenant governor of the Turquoise region, spearheaded the organization and promotion of the benefit concert. She began planning the concert two months ago with the help of a committee. “I’m hoping all this hard work payed off in terms of project execution and the audience reaction,” she said before the concert. “As long as the performers and the audience have fun, then the show will be a hit.”

According to junior Naomi Ocampo, the planning efforts paid off in spite of a chilly forecast. “Even though my friends and I had to bundle under blankets for warmth, the talent that night made it all worthwhile,” she said.

“It was really fun to see teachers performing and to see them outside of a classroom setting,” said Makayla Long, junior and KIWIN’s member, who thought Doyle’s original song was particularly entertaining.

The concert was held in conjunction with ELIMINATE Week, a time dedicated by Kiwanis organizations to raising money for the Eliminate Project. For Cam High KIWIN’S, Eliminate Week consisted of a series of small coin drives and ticket sales and concluded with the benefit concert on Friday. Including concert ticket sales, the club raised over $2300 for the cause. “Each day leads up to ‘Fundraiser Friday’ as the biggest day to close off the main ELIMINATE Project,” said Halle Le, junior and also a senior class representative for KIWIN’S.

Though KIWIN’S has held benefit concerts in the past, they have yet to become a set annual event, but Lieb hopes to change that. “We are going to try and hold it at a specific time of the year; I think this is a good time. We also are planning a concert at the beginning of the school year next year, just to kick off the year and really promote membership of our club,” he said.

Donations to fund the eradication of MNT from the world can be made here.