Sanders campaign a lost cause 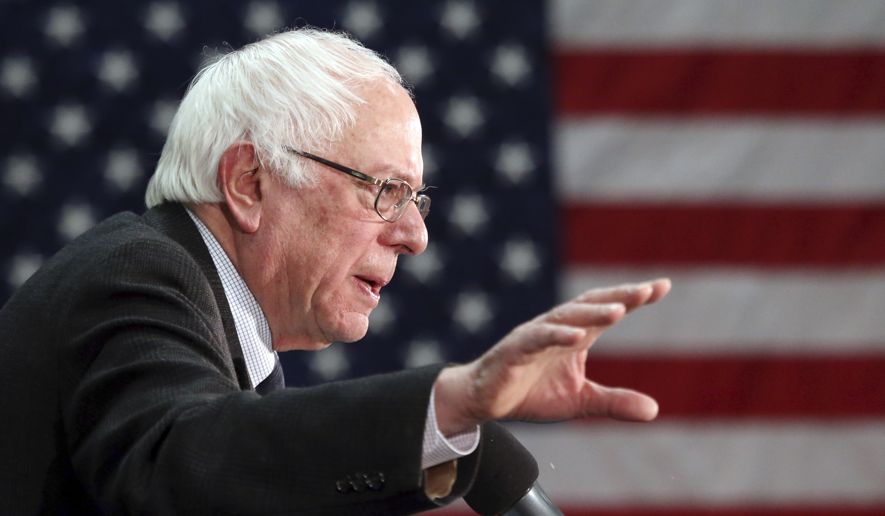 With the general election looming in the distance, and Donald Trump all but securing the Republican nomination, eyes have shifted to the ever-growing tensions within the Democratic party. Hillary Clinton, too, has nearly claimed the title of the Democratic nominee, yet one candidate is still holding steadfastly against her — Bernard ‘Bernie’ Sanders.

Sanders’s run for the nomination started as a grassroots campaign in late spring of 2015. Since then, he has garnered immense support throughout the United States, with a large following of young people in his midst. But while Sanders’s supporters remain fervent in their hope, Sanders will likely not be able to snatch the nomination from Clinton.

This may sound harsh, but don’t get me wrong — I myself am a Bernie Sanders supporter. I, like the majority of the increasingly liberal teenage population, love the idea of free college, marriage equality, and an all-around more accepting American society. I’m an idealist, no doubt about it. But, however idealistic I may be, I am smart enough to understand that Sanders has little to no real chance, at this stage in the election process, to clinch the nomination.

The presidential nominee for each of the two major parties is usually known well in advance of the Democratic and Republican National Convention. However, in rare cases when the nominee is still undecided before the start of the convention, the nomination is generally decided by a vote of the members of the convention.

A few months ago, Sanders’s supporters fervently hoped that neither Clinton nor Sanders would be able to reach the required number of pledged delegates by the convention in July, as support for the previously unknown Sanders was growing rapidly, especially among young voters. However, Clinton continued to win a majority of the contests in the southern states, and a few large wins in the northeastern states — namely New York and Pennsylvania — placed Clinton well ahead of Sanders. At this point in the race, Clinton needs 615 pledged delegates to concrete her nomination, and 939 delegates remain up for grabs.

Yet, still, it would be difficult for Clinton to gain the remaining 615 delegates needed to secure the nomination. While Clinton is maintaining a steady lead over Sanders in states with major delegate contributions, such as California and New Jersey, the likelihood of Clinton gaining the rest of the delegates needed from the upcoming contests is very low. She would need to win the vast majority of the popular vote in most of the states, and her current lead over Sanders in California and New Jersey, which hold the most significant number of delegates in the upcoming primaries, is not enough for her to secure the nomination.

Even if Clinton were to receive the number of delegates estimated by current polls from California and New Jersey, as well as all of the delegates from the remaining contests, she would end up at 2200 delegates, which is just under the required 2,383 delegates.

Of course, there’s an astronomically small likelihood of Clinton winning all of the delegates from the primaries after California and New Jersey. While she will maintain her lead over Sanders, it’s expected that they both will enter the convention without enough pledged delegates to secure the nomination.

So what does this all mean for us Bernie supporters? Unfortunately, the future is bleak. While many young voters love Sanders and his preachings of free college and liberty for all, there are still too many older voters who have long rallied behind Clinton. History has shown that youngsters don’t vote in nearly the quantity that older folks do, implying Clinton will handily crush Sanders at the convention.

Furthermore, many of the superdelegates handily support Clinton. Sanders has rallied only thirty nine super delegates behind him, compared to Clinton’s 539.

Sanders represents ideas that are simply “too radical” for the majority of the population to rally behind. Young voters may love his incredibly liberal ideology, but there are still far too many older voters who would rather rally behind someone who holds more moderate views, like Clinton. Sanders radically progressive views on gun laws, taxes, and entitlements like Social Security and welfare are, in many instances, just too liberal for the majority of the electorate. The majority of voters consider themselves “moderates”, or people who hold political views from both sides of the aisle, and for many voters, Sanders represents radical changes they are just not prepared for.

Sanders’s supporters remain ever-hopeful that he will be able to win the nomination and bring about a radical change within the United States. While the support for their beloved candidate is admirable, the reality of the situation is that Clinton simply has too much of the general population behind her, as well as a steady lead in super delegates, who will likely vote for her at the convention.

The Sanders campaign is merely hobbling to the finish line now — in last place, no less. His efforts were valiant, and his support base is reluctant to accept the truth of the situation, yet the facts remain. Sanders, while a favorite amongst young people, will not become the Democratic nominee.