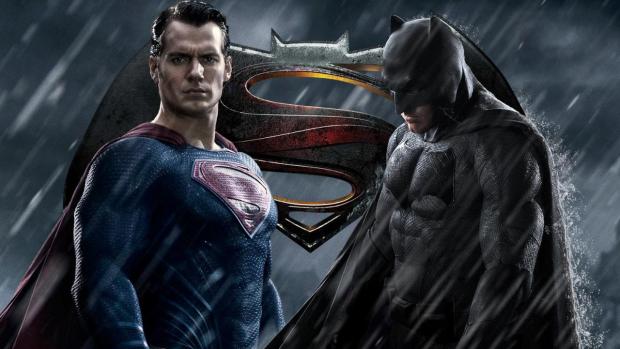 From the movie’s first unveiling at the 2013 San Diego Comic Con to just days before its premier, Batman v Superman: Dawn of Justice was anticipated to be one of DC Comics’ most successful blockbusters since The Dark Knight.

The movie begins with a hellish depiction of Metropolis following the events of Man of Steel, the previous Superman movie. Because of the carnage brought on by his incredible powers, Superman has become almost an anti-hero and has lost much public support. Meanwhile in Gotham, Batman’s vigilante antics instills fear in the media and worry in Superman, who views the Bat as a depraved criminal.

After the introduction of super villain Lex Luthor and other expository scenes, the conflict between Superman and Batman finally boils over into heated combat. Both heroes suspensefully aim to end the other, resulting in a climactic battle that I found disappointing. To avoid spoilers, I will not further address the plot, but rest assured that nothing was gained nor lost, encapsulating my largest problem with the film.

Although there were certainly heart-pounding moments of action, there was never a time in the film when I felt there was actually anything at stake. The premise for the conflict between Superman and Batman was inorganic and felt like an afterthought rather than the focus of the film. Coupled with a few lines of atrocious dialogue (“ring ding ding ding!”), it became apparent that the plot took a very-distant backseat to the well-done fighting scenes.

As many gripes as I have with this film, the extremely well produced fighting cannot be overstated. Every bullet fired and every fist swung was visceral and compelling. From the framing of scenes to the blocking of characters, director Zack Snyder finally married his love for over-the-top action, as seen in movies like 300, with artful cinematography, creating well-balanced and impacting shots. For example, a street-fight involving Batman in the beginning of the movie articulated his incredible strength and quick wit with the clever use of camera angles and rapid cuts. Moreover, Snyder’s directorial decision to give the heroes a cold and reserved attitude furthered the intensity of the fighting scenes, despite the film’s shaky premise.

Batman v Superman: Dawn of Justice lives up quite literally to its name as a film clearly centered around the clash between two comic book titans; however, the mediocre and at-times incoherent plot compromises the tension by which their entire conflict rests upon. Zack Snyder’s Batman v Superman: Dawn of Justice will ultimately be remembered — or should I say forgotten — as a beautiful but meaningless spectacle in his evolving directorial resume.