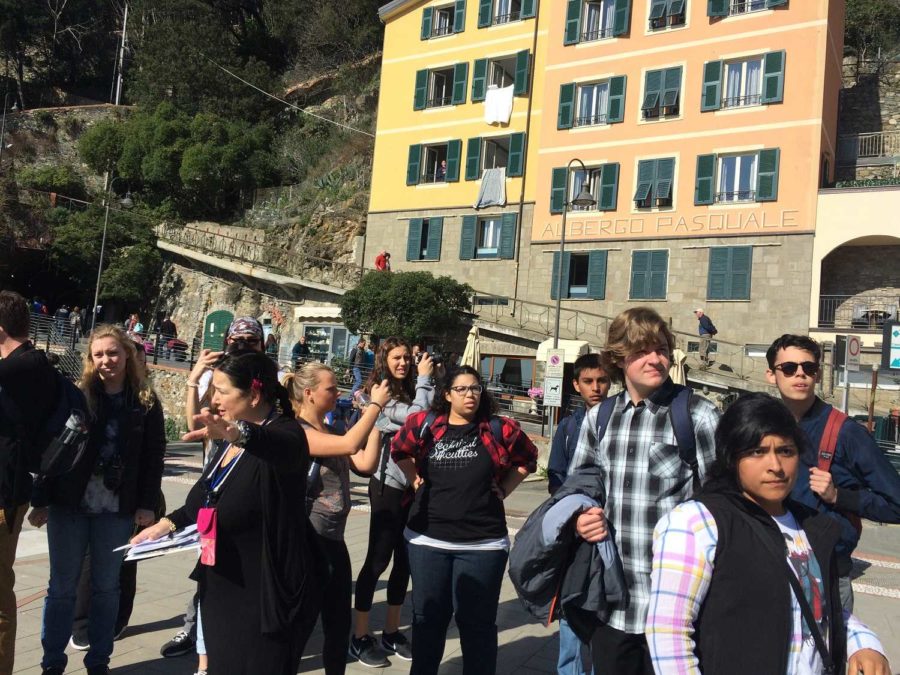 Cam High students returned with an overall positive impression after taking part in one of two teacher-led European tours over spring break.

Mills recalled the excitement of traveling somewhere new and witnessing her students’ growth from her trip to southwestern Europe.  “I was about to see things I had only seen in books,” she said. “In one word, the trip was fulfilling because happiness follows fulfillment.”

Despite having already been to Europe, junior Torrie Crawley felt the trip with Mills was an entirely new experience. “I thought it was really exciting because I felt really independent and confident,” she said.

Doyle was pleasantly surprised by the beauty of the four countries he visited in his trip to central Europe, as well as the behavior of his students. “You don’t often think about traveling to those countries. You often think about Paris, London, and Rome, but the surprise was how much I loved Switzerland, Liechtenstein, Austria, and Germany, and how much I would like to go back,” he said. “I think they realized that we were in a foreign country, and we needed to be respectful and mature, and they all were,” said Doyle. “They’re world travelers and they’re ready to go on their own.”

Junior Helen Zhang was one of the students who accompanied Doyle and Staples this year on her first EF (Education First) tour.  “We would have to get up around 5:30 or 6:00 A.M. to eat breakfast and then head into the bus and drive into a city,” said Zhang. “Then we would tour with our tour guide, and then we would have a few hours to roam the streets and do as we pleased.”

This trip has sparked Zhang’s desire to travel in the future. “It definitely makes me want to travel and see more of Europe and the rest of the world,” said Zhang. “I’m hoping to go on next year’s EF trip to London and Paris.”

Junior Taylor Eccles also traveled with Doyle and Staples as well. This was her second EF trip, her first being last year’s excursion to England, Ireland and Whales.  “It’s always been my dream and passion to travel around the world, see all the different cultures, and go with people I know like my best friend and favorite teachers,” she said. “It’s just an amazing experience.”