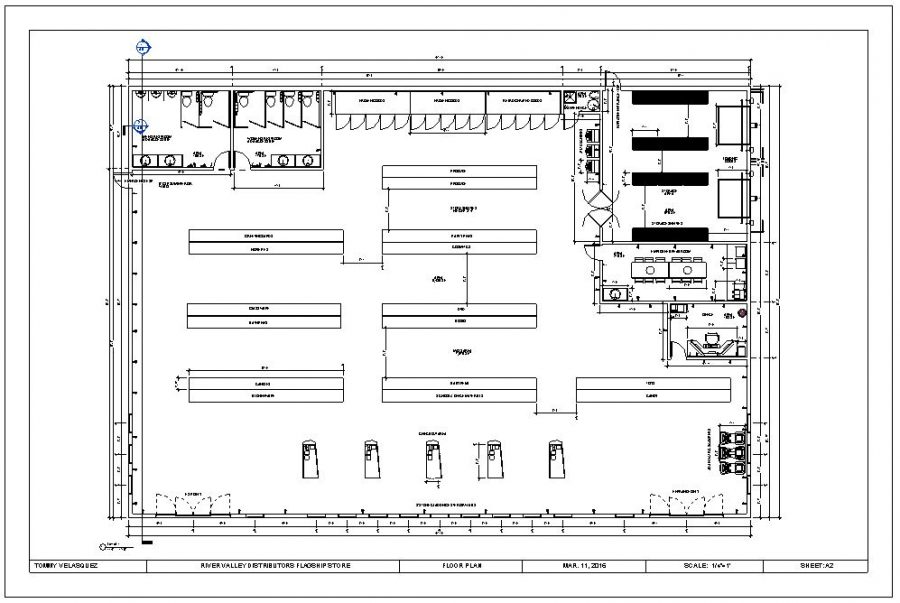 After seven months of preparation, the NAWIC (National Association of Women in Construction) announced the winners of their drafting competition last month.

“It was a lot of fun to work on. The project was slow at first, but I really enjoyed the process,” said Velasquez.

“They did good work,” said Mr. John ‘Chip’ Mills, woodshop and CADD (computer aided drafting and design) teacher. “They did a really good job, and I think the judges chose the three best projects.”

The competition required the creation of a concept design for a commercial store, upon which the students were judged by their ability to create an efficient and friendly environment and how they optimized the required features into their construction.

The subject of a store deviated from the past objectives of the competition. “None of us had an idea what to build at first. In the past, [the competition] was all houses, not stores,” said Saleh.  Nevertheless, Saleh still felt ready for the competition. “I think Mr. Mills prepared us really well. He pushed us to go above and beyond to do the very best work we could.”

The results of the competition were decided by three judges who are experienced professionals in the industry, including a construction manager and an architect.

March not only marked the end of the competition for the participants, but the culmination of multiple years of being involved in CADD and architecture for the three seniors. The experience, as Mills believes it to be, is one that gives students a chance to get hands on experience in real-world situations and actually create their drawings.

“It gave me a good career idea if my first plan doesn’t work,” said Quezada, who plans to join the Navy.

“In CADD, we learned a lot about what architects really use — we use the same programs that professionals use and I think that the class was a good experience,” said Saleh.

“The big push in education is to be more geared towards project-based education, and this project was as close to the real world as you can get,” said Mills. “It’s a really good real-life experience.”

The three students will receive their winnings on May 17 at a dinner sponsored by the NAWIC.