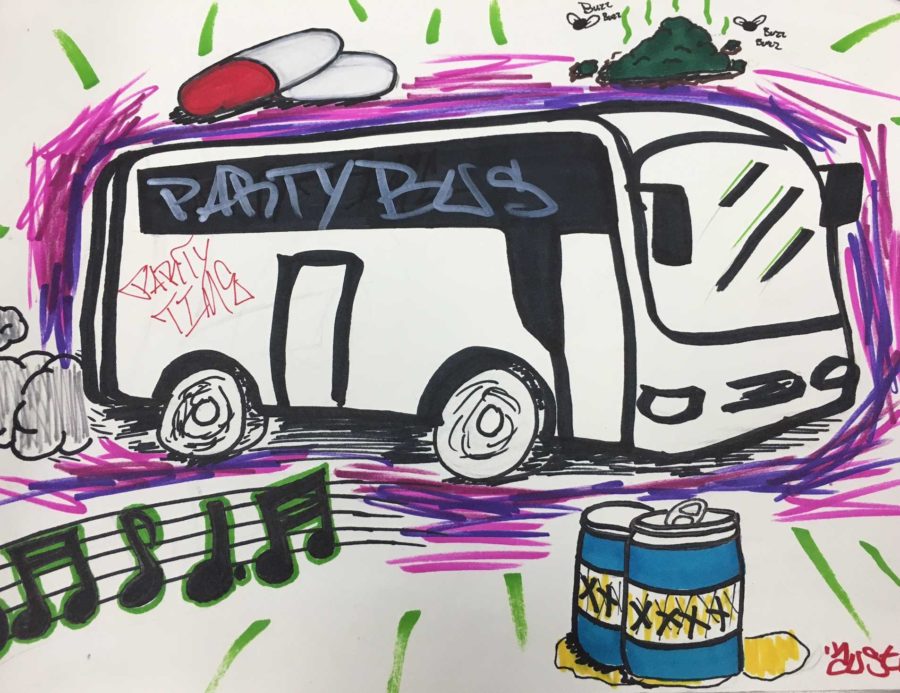 Party buses and limousines have traditionally been a part of students’ plans before various school dances, including homecomings, winter formal and prom- but have not been allowed on campus for the last three years.

Party vehicles ceased to be allowed in the recent past as a result of complications that arose from companies not having licenses from the California Public Utilities Commission (CPUC). Aside from issues with unlicensed companies, other factors may jeopardize the safety of passengers, such as having contraband on the bus.

On Feb. 29, Mr. Tom Torlakson, state superintendent of public instruction, and Michael Picker, president of the California public utilities commission, sent a notice letter to county and district superintendents, charter school administrators, and high school principals to “alert [them] to potential problems involving unlicensed transportation services and encourage communication with parents and students [regarding party buses and other recreational vehicles].” According to the notice, in order for party bus companies to run legally, they need liability insurance between $750,000 and $5 million along with other requirements.

“[Licensed] companies are subject to regulations designed to protect the public. Among these is a law that requires the transportation provider to take prescribed steps to ensure that minor passengers do not consume alcoholic beverages,” the letter stated.

The allowance of party buses on campus was most notably disallowed when some issues became prevalent in 2013. “I think a few years ago when party buses first came out, we let them on the campus, but realized it was a mistake and didn’t allow them on,” said Dr. Kim Stephenson, principal. “We’ve had behavior problems on party buses that we don’t want to bring on campus. I think party buses give parents and students a false sense of security and privacy. Students make choices they otherwise wouldn’t make, as a result.”

Cam High administration is informing parents and students of the legality of party buses through various methods. “I send [information] to all the usual lines of communication, [such as] PTSA, the bulletin, and The Stinger,” said Stephenson.

“Party buses are not allowed to come onto school grounds because if they do, they are subject to search and seizure,” said ASB director Ms. Lori Pristera. “It’s a parent’s obligation to monitor what their child does in a party bus, not the school’s. Once the kids walk across the street and get into the party bus, it’s the parents’ responsibility, not the school’s.”

Party buses are treated as normal vehicles in terms of parking, unless a parking place has special restrictions on it, according to Deputy Sean Eskridge, resource officer. One such location is Spanish Hills, where prom is held.

Some students acknowledge potential risks associated with party buses. “There is sometimes alcohol involved, with underage drinking [on party buses],” said Carly Nigh, sophomore. “And it’s just kind of dangerous to be in a bus full of teenagers driving around the town.”

“Sometimes, there are also drugs involved. That can turn into a very big roll of events, or snowball. Because if a cop pulls you over and sees smoke coming out of the window, with all those kids, what are they going to do?” said Joshua Montecalvo, sophomore. “And the kids that are not doing anything, and trying to have a fun time without drugs or alcohol, will also get into trouble because they are in the same bus [with those people].”

Nigh said that one should understand the details and implications of being on a party bus before entering one. “I mean, I would be totally for going on a party bus. As long as I knew who else was around and trusted them and the driver, and knew basically where we were going, and what was going to go on, I would totally do it,” she said. “But if someone I don’t know very well invited me, I would be wary of going.”

“You only live through high school once, and only go to school dances once in your life,” said Pristera. “You have plenty of time to drink and make bad decisions after high school.”

Parents and students can check the validity of ride service companies at the CPUC website or contact the CPUC’s Transportation Enforcement Intake Desk at 800-894-9444.